PCVT’S SAFESPACE ANTI-VIOLENCE PROGRAM WORKS TO TRANSFORM HARM WITH AND FOR LGBTQ+ VERMONTERS.

If you or someone you know has experienced violence, threats, or intimidation, we can work with you to address your safety and provide the support you need.

Chat with us online

Our SafeSpace advocates can support you with:

Our program currently does not have the capacity to:

SafeSpace strives to be present in statewide and national conversations having systemic implications for LGBTQ+ survivors in Vermont.

Committee participation is prioritized based on advocate availability and capacity. If you know of a statewide or national opportunity for supporting LGBTQ+ survivors that you feel we should be a part of, please email safespace@pridecentervt.org.

Our new Rural Advocacy role  centers around increasing support, safety, and access for rural LGBTQIA+ Vermont adults, especially those experiencing violence and harm. Our Rural Advocacy Coordinator’s scope is statewide, with a focus on all rural areas in Vermont. Our team is able to support  service providers, organizations, workplaces, community spaces, and organic community networks as a resource for direct survivor support, advocacy, organizing, education/training, accountability, and more.

We work with people through distinct support groups for survivors of Hate Violence, Sexual Violence and Intimate Partner Violence. All groups feature a supportive and focused approach to move people from trauma to healing. Some of our group offerings include: Survivor Support Group, Relationship Skills Group, Pondering Gender & Sexuality, LGBTQ+ Folx Impacted by Family Violence, and others.

To learn more about current support group offerings, email us at safespace@pridecentervt.org

Our Short-Term Counseling Program pairs you with a clinical advocate to help support you while you are seeking access to a longer term therapy. We offer this service in a set of 4-8 sessions.

STC might be right for you if you identify as LGBTQ+ and are:

Connect with a SafeSpace advocate through our support line, email, or anonymous chat to see if Short-Term Counseling Program meets your needs.

Recognizing that trans and nonbinary folx are at higher risk of trauma and violence than the general population, our Trans Program overlaps services with our SafeSpace Anti-Violence Program. SafeSpace offers services to trans, enby, and GNC survivors of violence, bias, discrimination and/or other harms.

We provide workshops & trainings for the purpose of educating people about language, inclusivity, and interrupting bias in a variety of settings impacting survivors.

To submit a workshop or training request, please complete this form.

Our standard LGBTQ+ inclusivity training has been offered to over 1100 Vermont service providers in 2019 alone, and received an average review of 4.9/5.0 based on a likelihood to recommend.

In the early 2000s several Chittenden County-based Domestic Violence & Sexual Violence (DV/SV) organizations determined that it was important to have a program in Vermont which addressed the specific needs of LGBTQ+ survivors of violence. To better serve the needs of Vermont LGBTQ+ survivors, local LGBTQ+ activists applied for a Victims of Crime Act (VOCA) grant and secured funding for the first iteration of the SafeSpace Anti-Violence Program.

SafeSpace started and operated as its own, independent non-profit for several years. In 2007, SafeSpace merged with the Pride Center of Vermont (formerly RU12?). Since 2007, the SafeSpace Anti-Violence Program has remained an integral part of the Pride Center of Vermont and has provided direct services, trainings, and systems advocacy for LGBTQ+ survivors of violence statewide. Today, the SafeSpace team is made up of four anti-violence advocates and one, part-time clinical advocate.

Many domestic and sexual violence organizations in Vermont serve the LGBTQ+ community. However, SafeSpace is the only program in the state with the sole focus on supporting LGBTQ+ survivors of violence and/or discrimination. Due to higher rates of violence, additional barriers, and harm specific to the community, it is important that SafeSpace exists to provide culturally specific support to LGBTQ+ Vermonters.

2. Harms Specific to the LGBTQ+ Community

– Refusing to use the survivor’s chosen name & pronouns

– Shaming and/or questioning the validity of someone’s identity

– “If you break up with me, I will tell your parents/boss/friends you’re gay”

To learn more, check out this version of the LGBTQ+ power & control wheel.

LGBTQ+ survivors experienced additional barriers when trying to access survivor support services. One of the main barriers is being denied services due to biased or discriminatory service providers. According an NCAVP study, 85% of advocates surveyed by the NCAVP reported having worked with an LGBTQ+ survivor who was denied services because of their gender and/or sexual identites.

Not all service providers are as LGBTQ+ affirming as they should be. Actions such as assuming pronouns or assuming the identities can be a barrier to LGBTQ+ people accessing those services. Additionally, if the language or images used by an SV/DV agency isn’t inclusive of LGBTQ+ people and relationships, there is an understanding/expectation that that agency won’t appropriately service LGBTQ+ survivors. It is therefore not surprising that, according to one study, 1 in 5 LGBTQ+ survivors of intimate partner or sexual violence get help from service providers. 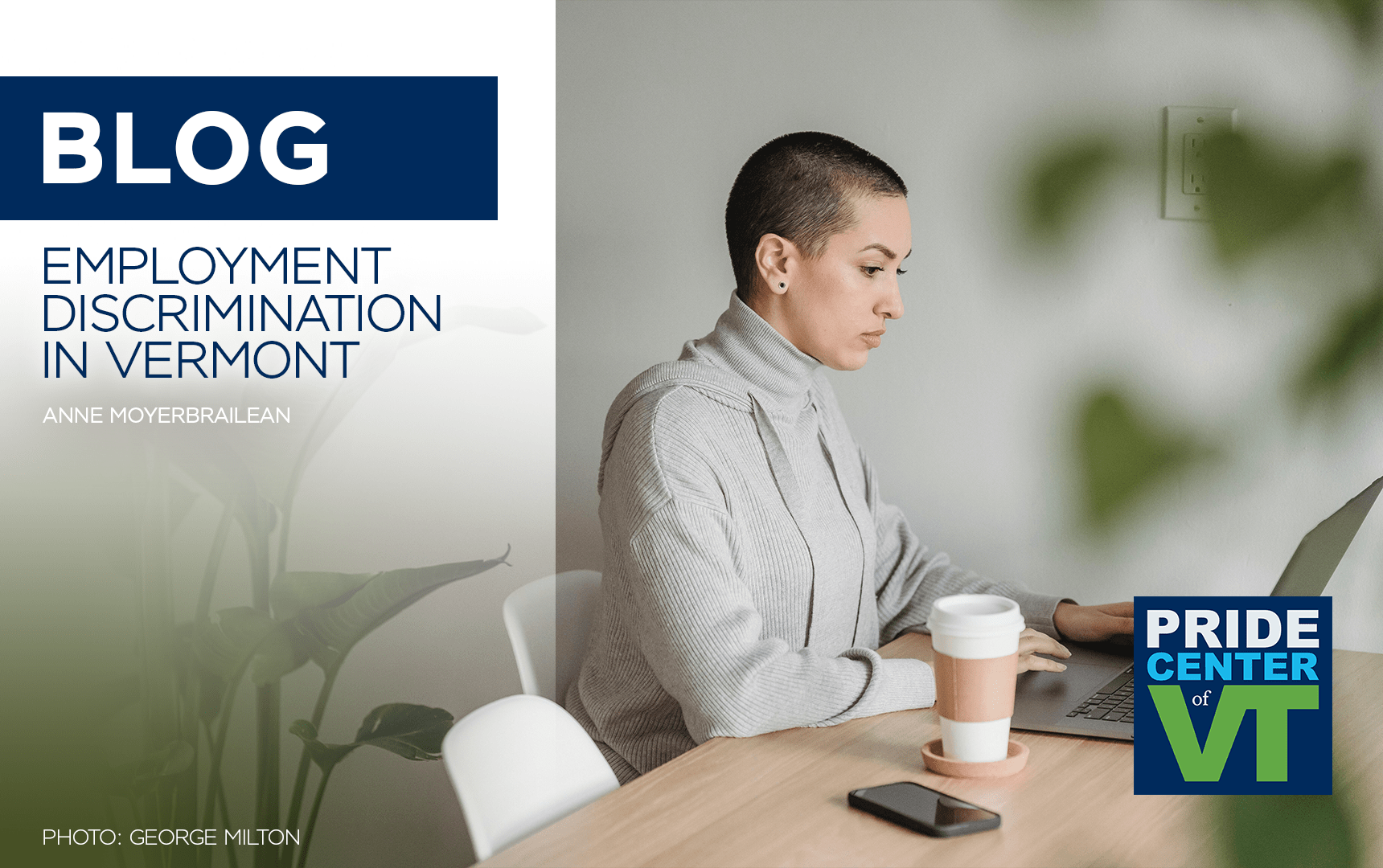 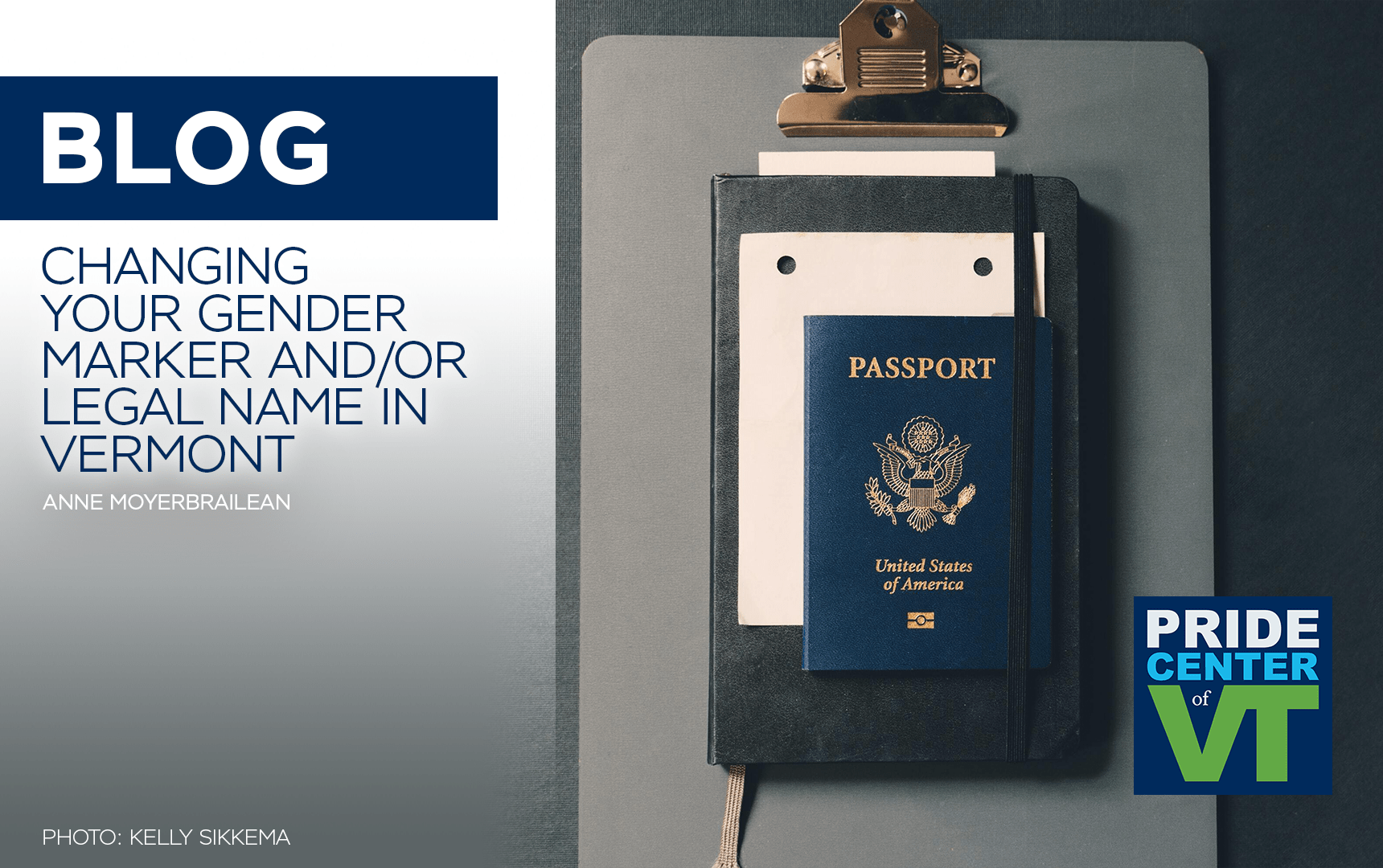 Changing your gender marker and/or legal name in Vermont 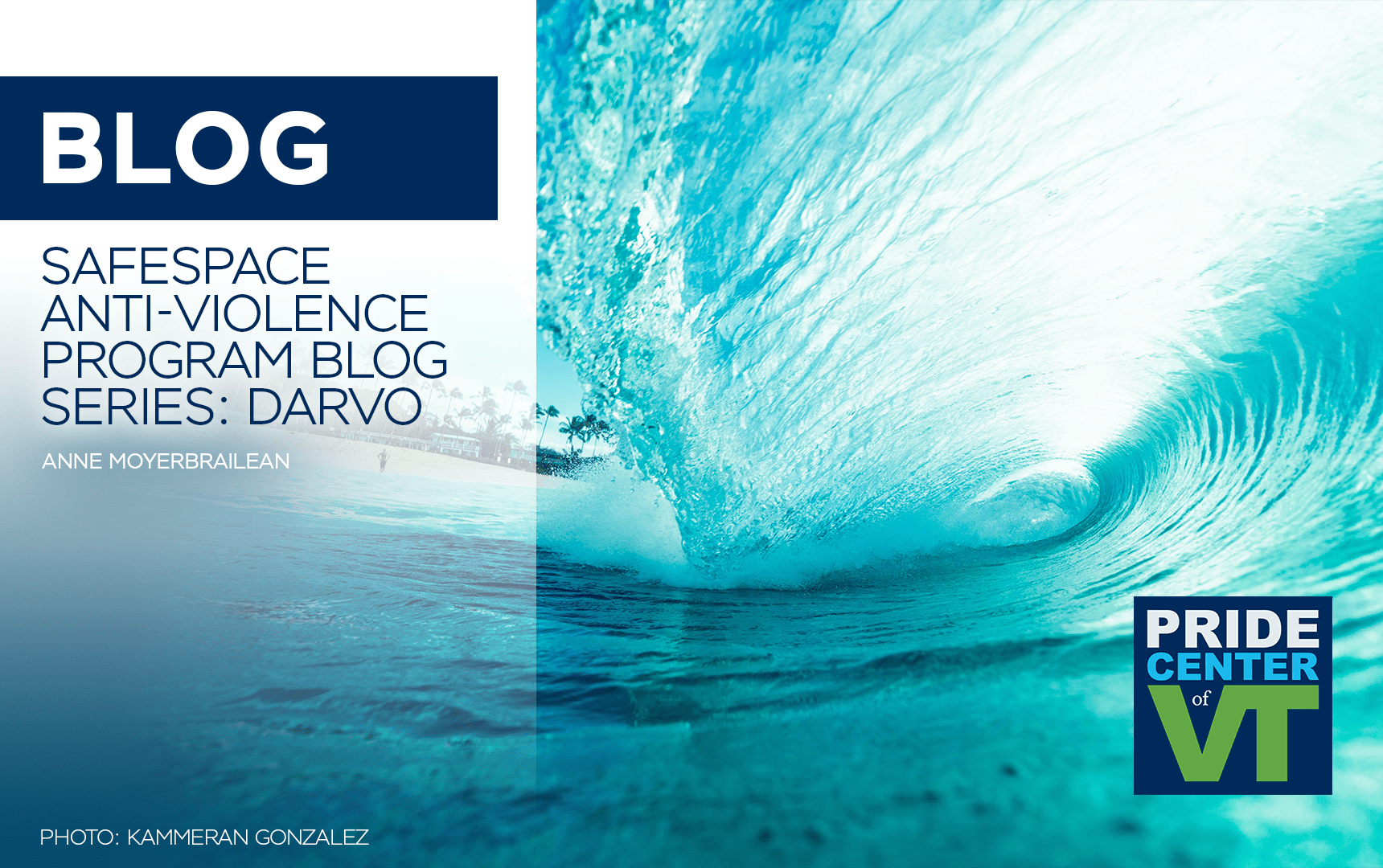 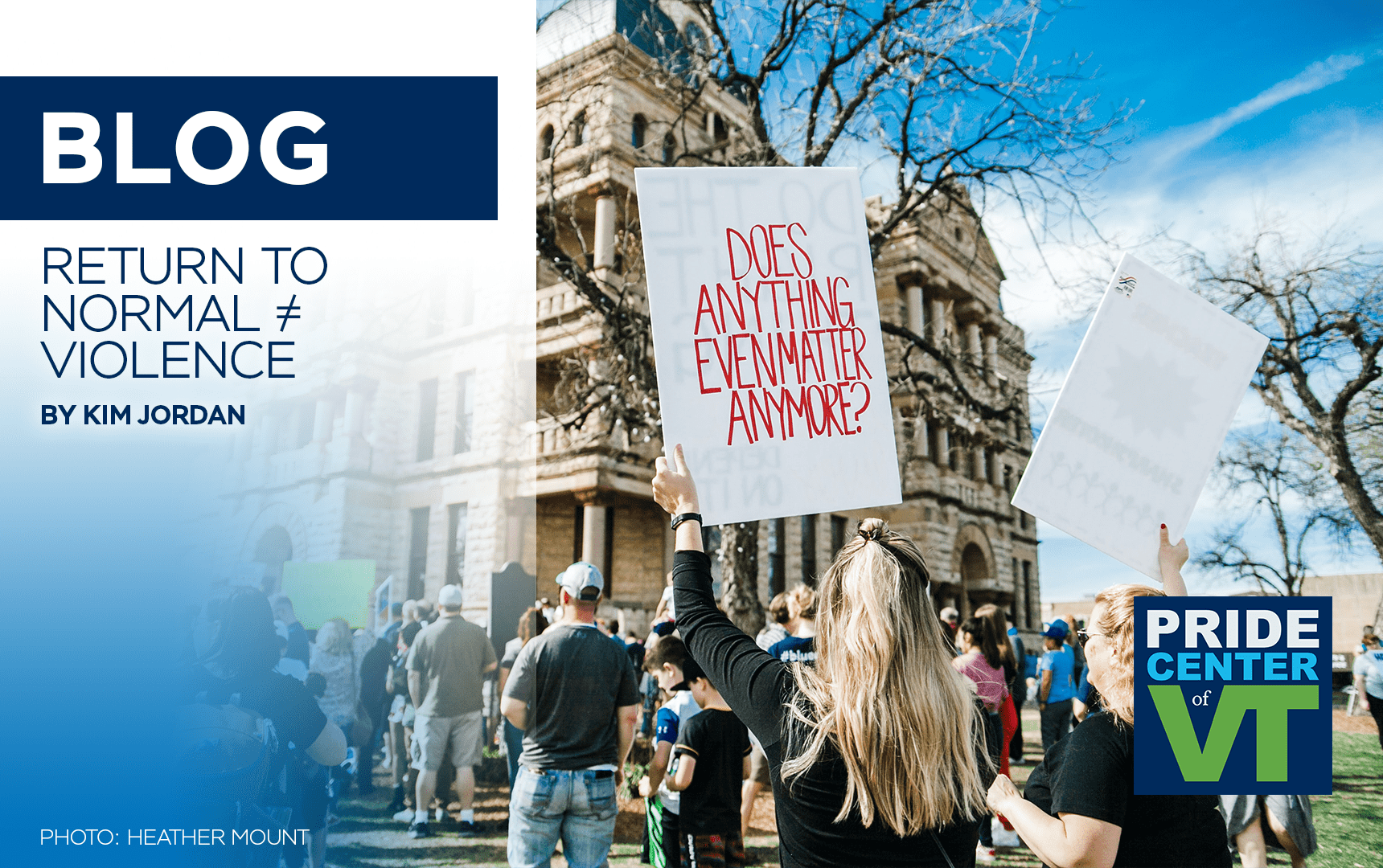 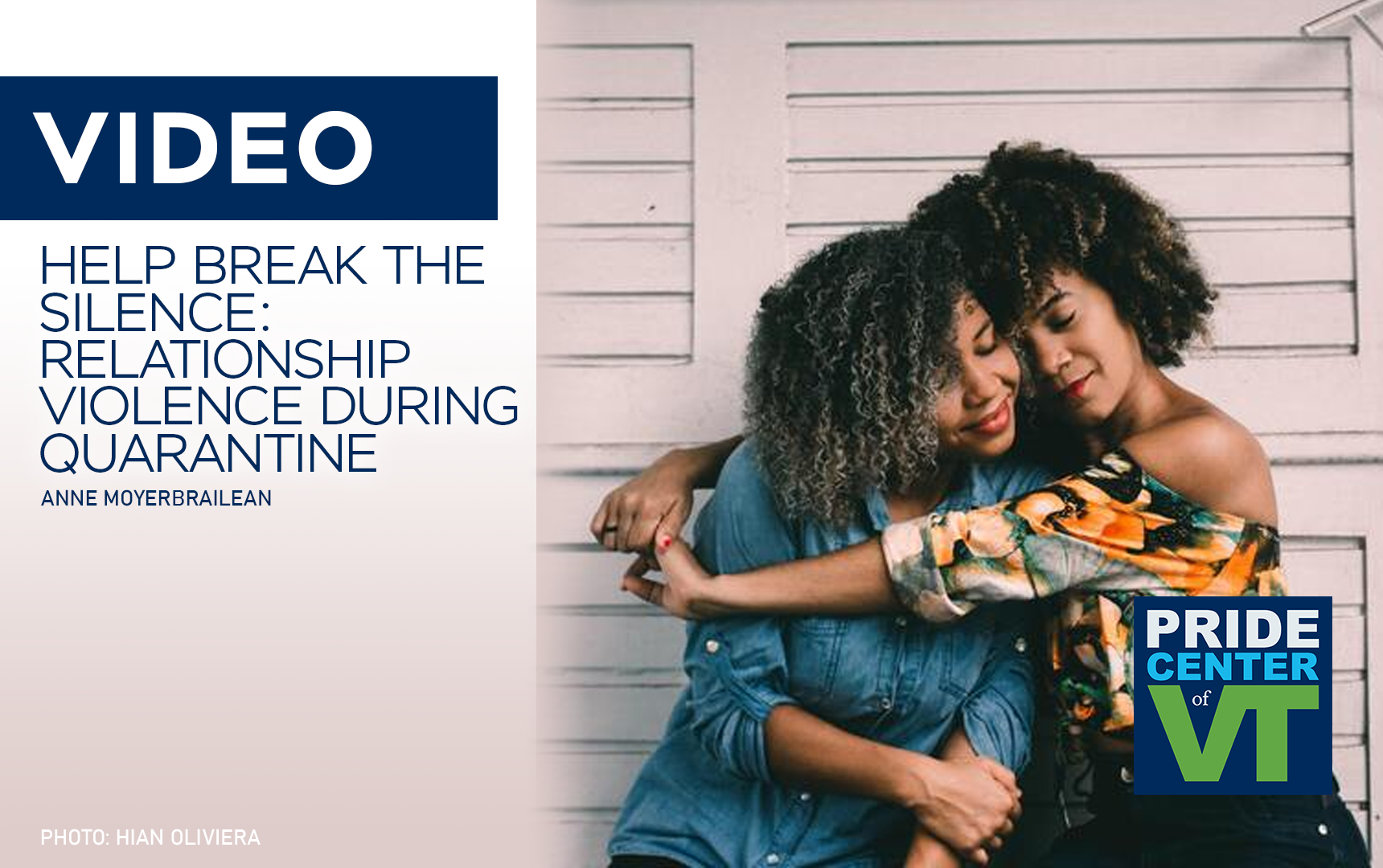