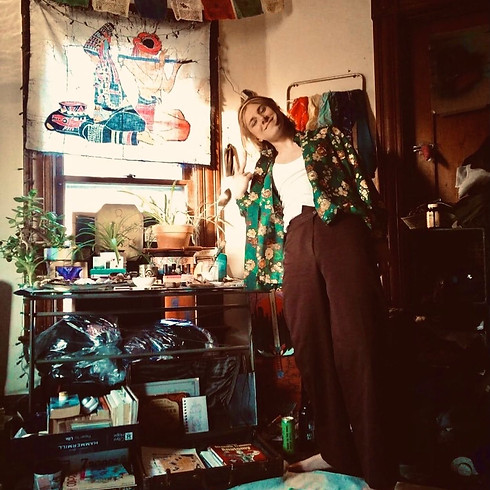 Join us as we kickoff Pride Month with a Lip Sync Contest, featuring over $200 in total prizes! In collaboration with Pride Center VT, we’re bringing together local music with a night of festivities to celebrate the start of June.

tip/toe is the recording alias of Burlington based pop singer/producer, eve meehan. eve found massive surprise success off the remix to her 2020 song, “//ashes//,” which quickly became viral on spotify. since then, she’s racked up a half of a million streams and tens of thousands of monthly listeners, been featured as an AltPress AP&R pick, and was interviewed in the world-renowned PAPER magazine, becoming an underground hit with her “existential lens” on issues of pop culture, media, and interpersonal complexity.

when eve isn’t playing shows or making music, she’s also an aspiring filmmaker who is the creative director of treehaus studios, goes to the university of vermont, and loves hanging out with her girlfriend.

you can find out more about eve on instagram @prodbytiptoe!”

Masks are recommended for anyone entering the venue.

Food & drink available for purchase at the venue.