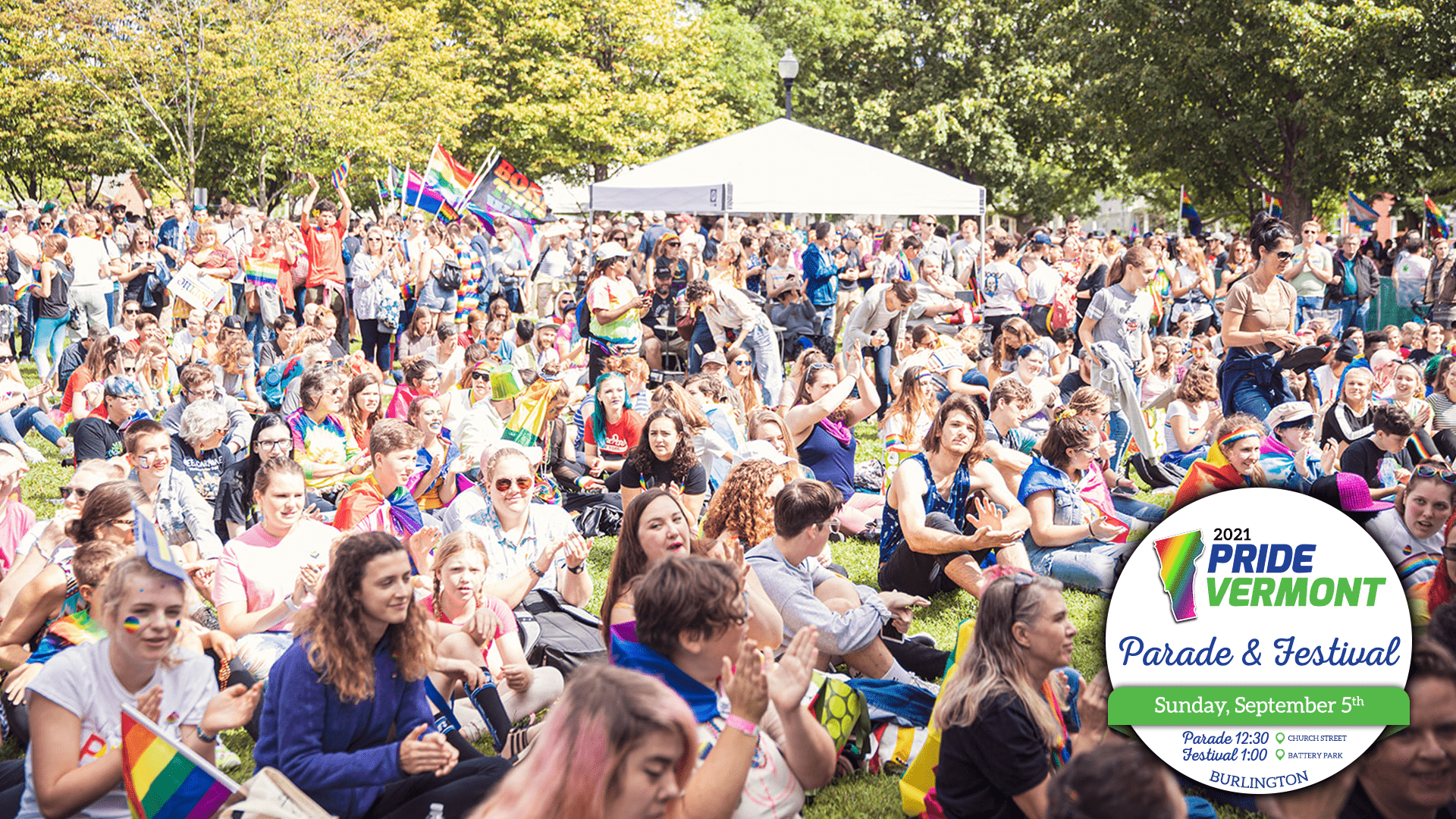 Celebrating and supporting Vermont’s lesbian, gay, bisexual, transgender, and queer community of all ages, as well as educating and to serving as a bridge to create alliances with each other and with the greater community as a whole.
The Pride Parade kicks off at 12:30pm and is a beloved institution here in Vermont and throughout the world. It began as an anniversary celebration of the Stonewall Riots but has evolved over time to encompass the many LGBTQ heroes, struggles, and victories since. Our parade begins at the south end of Church Street and ends at Battery Park where the festival is held.
The Pride Festival is one big party in Battery Park following the parade. It’s a place for the entire community – LGBTQ+ and ally – of all ages, races, and backgrounds to come together. Colorful, showstopping performers will be sure to entertain on stage while the park is filled with fabulous vendors with info and activities (and food!) for all.
** We are asking all attendees to wear masks/face coverings as the spread of the COVID delta variant increases. Read more about this decision **
Visit Pridevt.org for more info
Since 1983, thousands have come together to celebrate the rich diversity that is the LGBTQ community of Vermont. We anticipate an even larger gathering this year. We hope you’ll join us!
+ Google Calendar+ iCal Export