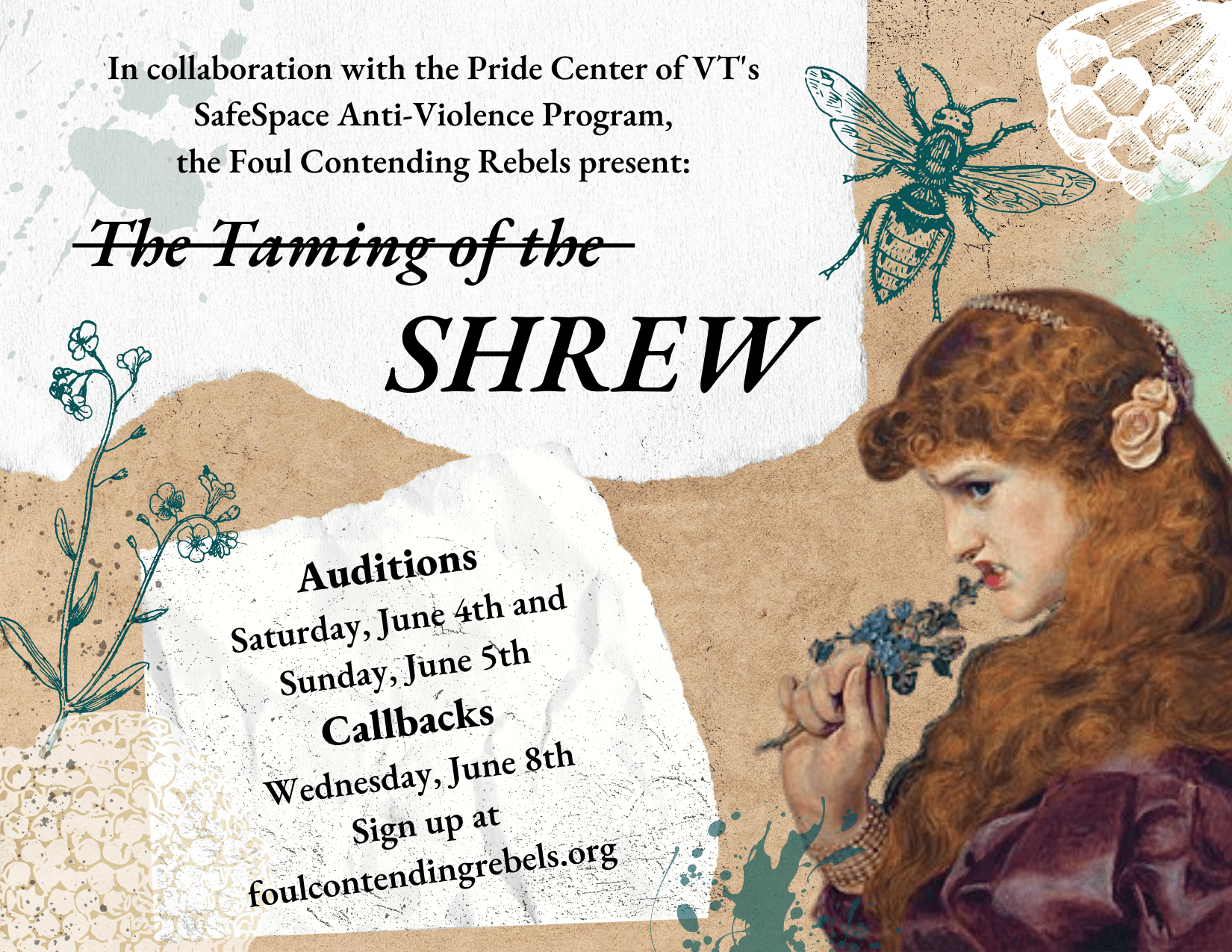 This August, the Foul Contending Rebels tackle their namesake play, The Taming of the Shrew:

Audition for SHREW, FCR’s take on Shakespeare’s controversial play. The Taming of the Shrew is a comedy about an unstoppable force meeting an unmovable object: when the eager-to-wed Petruchio meets the stubborn Katerina, he domesticates his wild wife. FCR’s SHREW, in Shakespeare’s language, tells a different story. Our production will use the text as a vehicle to explore the exaggerated performance of “ideal” male and female behavior within a hierarchical class system, as well as the effects of domestic violence and its disproportionate impact on women and queer people.

This production is presented in collaboration with the Pride Center of Vermont’s SafeSpace Anti-Violence Program; a portion of ticket proceeds will be donated to the program.