Fab The Duo, a recently LA-based (with Vermont roots!) alternative-pop duo, aims to smash societal norms through music and love. Previously hailing from New York, the glamorous boyfriend pair, Greg Driscoll and Brendan Eprile, had quickly become rising stars in New York City’s nightlife and music scene, performing to big, energetic crowds at iconic venues like The Cutting Room, The Stonewall Inn, and The Bitter End. Their music has been featured on notable press like BILLBOARD, ADVOCATE, HUFFPOST, and PRIDE, with ALTPRESS calling them a “group that should not be overlooked.” They were recently recognized by the John Lennon Songwriting Contest, winning the Song Of The Week Award.

Fab The Duo is more than just music; they are a movement. They hope to change the way that people see queer, interracial love in the music scene and beyond. As the duo makes history being the first gay couple to break out in the music industry, they want their fans (or Fabbits) to follow this simple advice: be you, be proud, and most importantly, be loud. 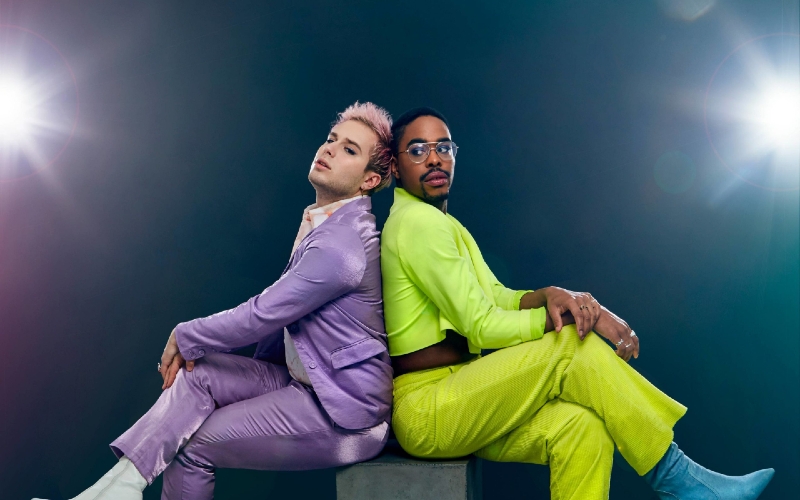 Jane has been recognized with regional and national accolades, including several Murrow, PRNDI and GRACIE awards. In 2016 she started the nationally-recognized But Why, which takes questions from kids all over the world and finds interesting people to answer them.

Jane graduated from Harvard University with a B.A. in Anthropology and has worked as writer and editor for Let’s Go Travel Guides. She has had her photojournalism picked up by the BBC World Service and her reporting has aired on NPR, APM and the CBC. Her hobbies include photography, running, beekeeping and wandering the woods and fields of New England.

Pride Center of Vermont honored Jane with a 2019 Pride Award for media excellence in inclusivity. Jane identifies as bisexual and lives in Monkton with her family. 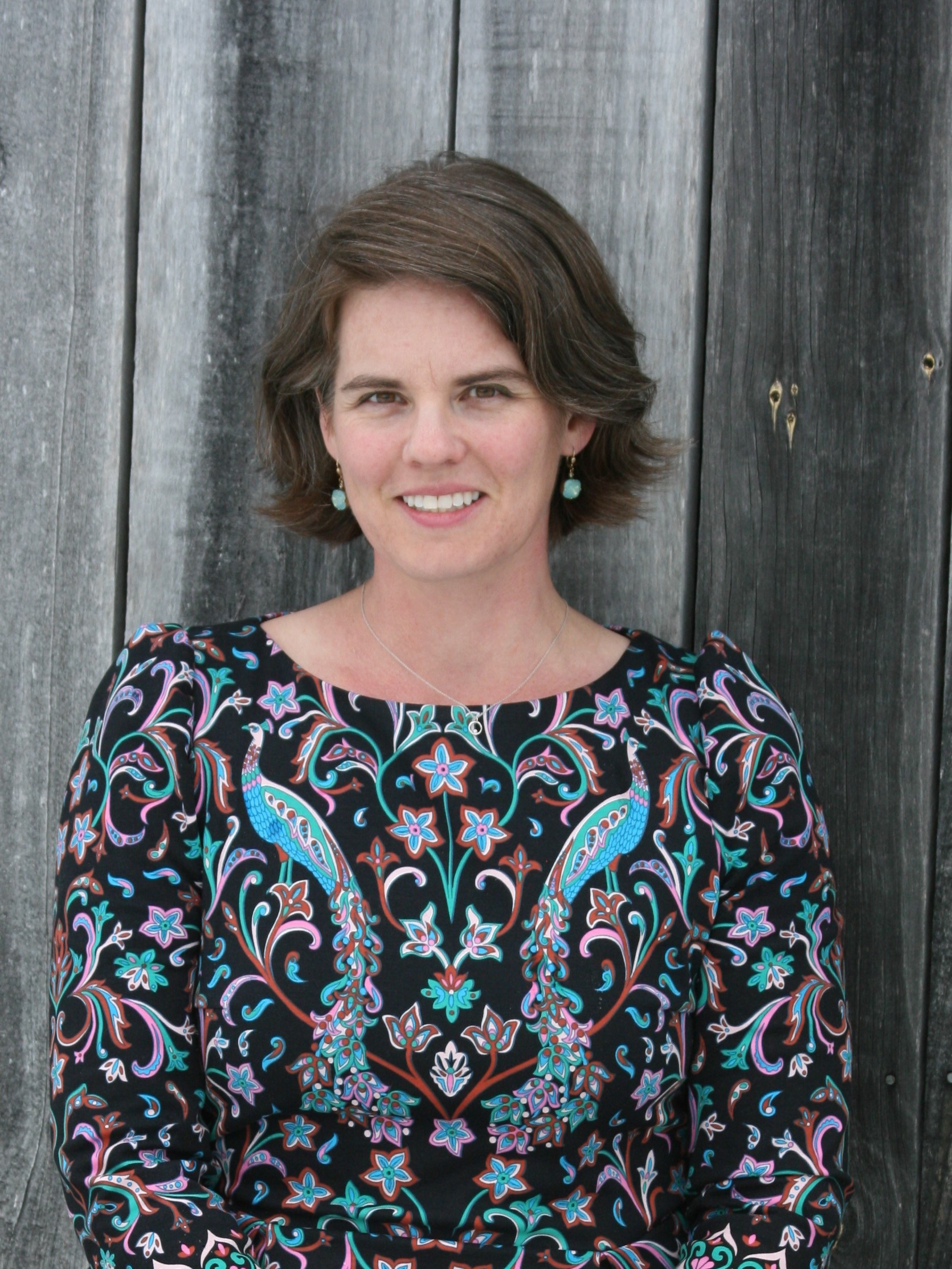 Connor Cyrus (he/him) joined Vermont Public Radio as Jane Lindholm’s successor as host of Vermont Edition. A graduate of Lyndon State College (now Northern Vermont University), he started his reporting career as an intern at WPTZ, later working for WAGM in Presque Isle, Maine, and WCAX Channel 3, where he covered a broad range of stories from Vermont’s dairy industry to the nurses’ strikes at UVM Medical Center. He’s passionate about journalism’s ability to shed light on complex or difficult topics, as well as giving voice to underrepresented communities.

Connor is a native of Hanover, NH now living in the Burlington area and describes his identity as ‘flaming homosexual’. 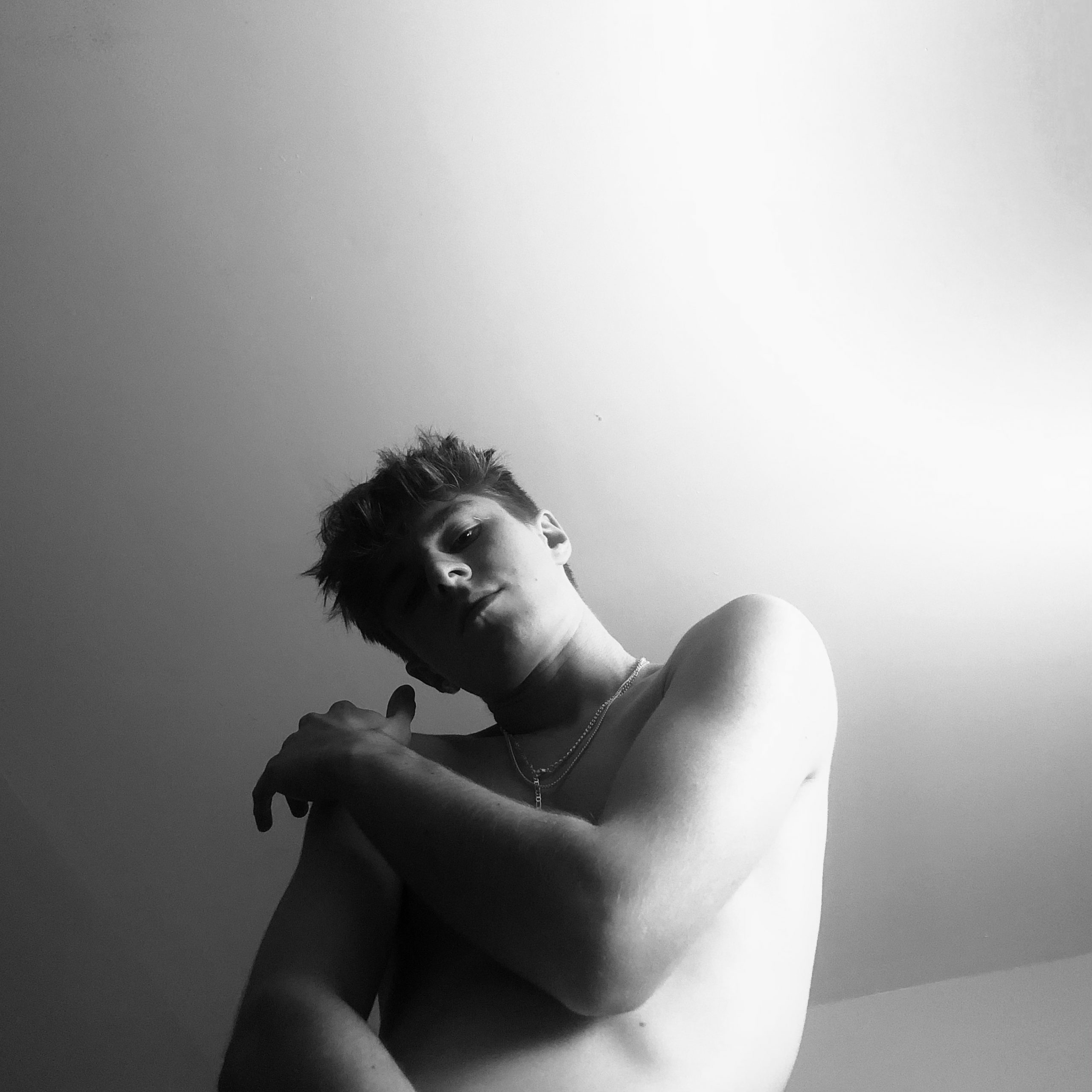 tip/toe is the musical alias of Essex, Vermont’s Con Meehan, who attends the University of Vermont. Mixing melancholy, breezy production with existential, thoughtful songwriting, they have had their work featured in publications like PAPER Magazine and Alternative Press, as well as finding success on Spotify playlists to build a cult following.

Drag is my life and everything I know to really express how I feel on the inside! Come and share this special day with all of us. Be ready to party because it’s gonna be a super spicy day when I’m there! 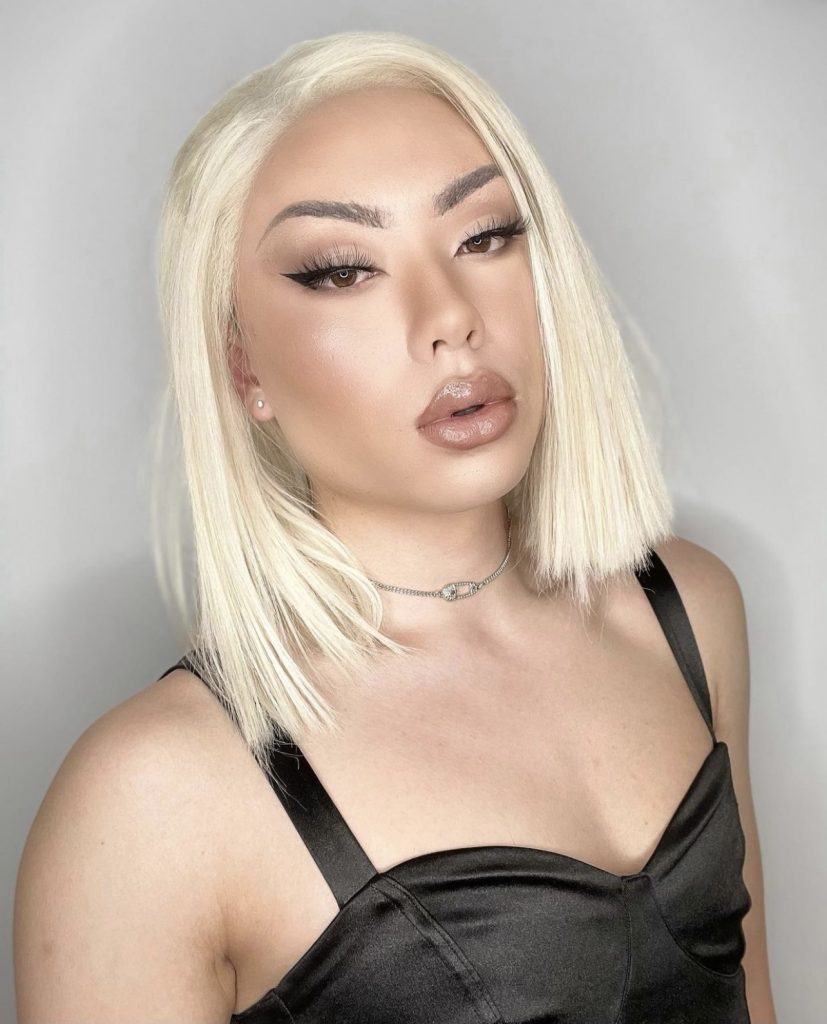 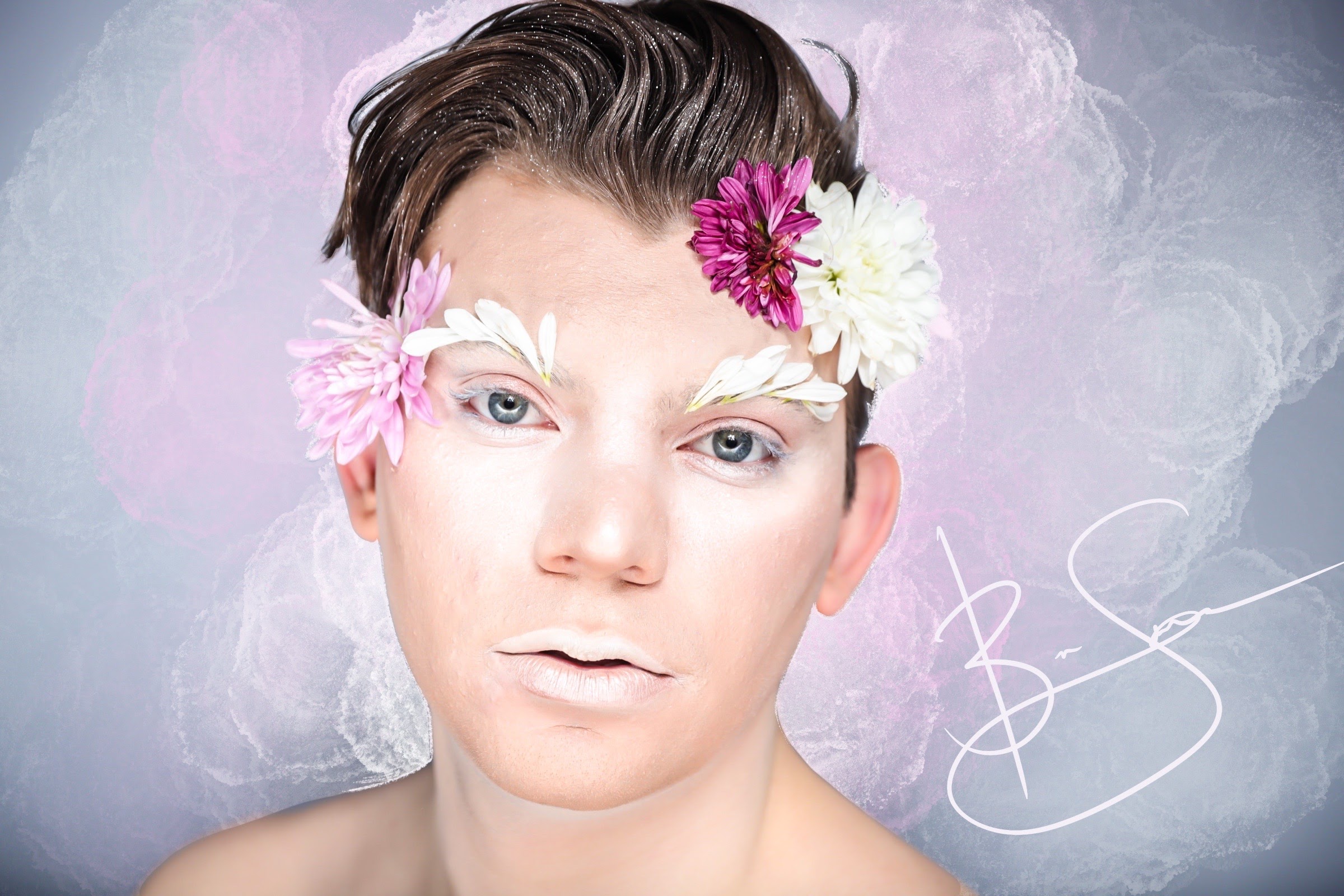 For the last 3 years Blaze N Saddles has sung on stages across Vermont. He is more than amped to be performing at Pride in the park for a second time! You can also can catch him at Pride Ball on Sept. 3rd!

Root 7 is a contemporary a cappella group based in the Burlington, Vermont area. They are a group of working professionals who make time to embrace the joys of singing with one another. For more information about Root 7, including videos and details on our upcoming events, find them online. 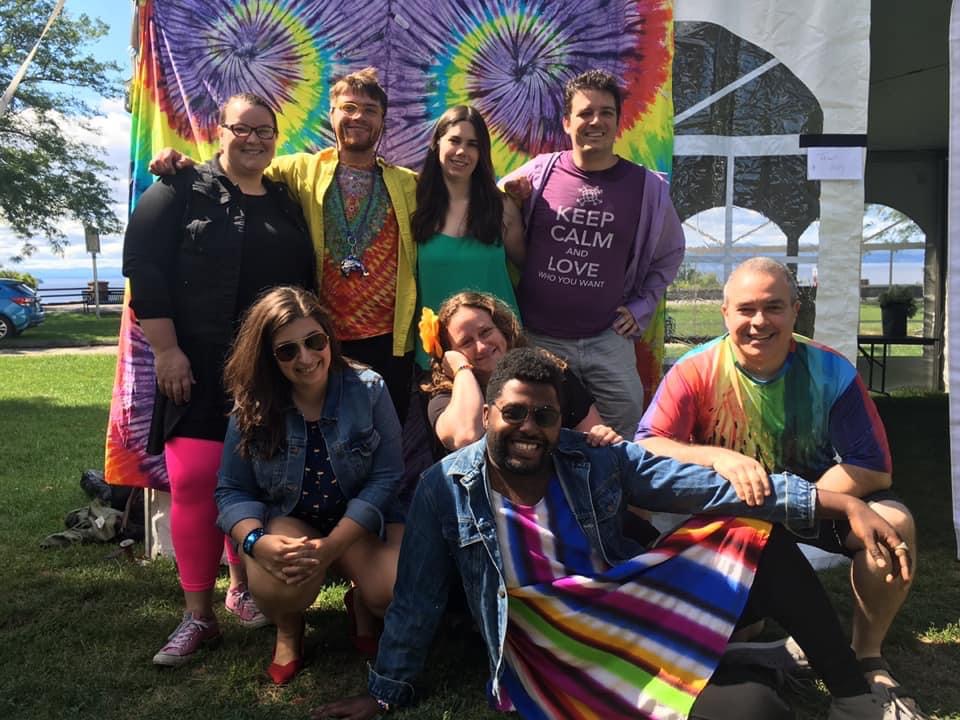 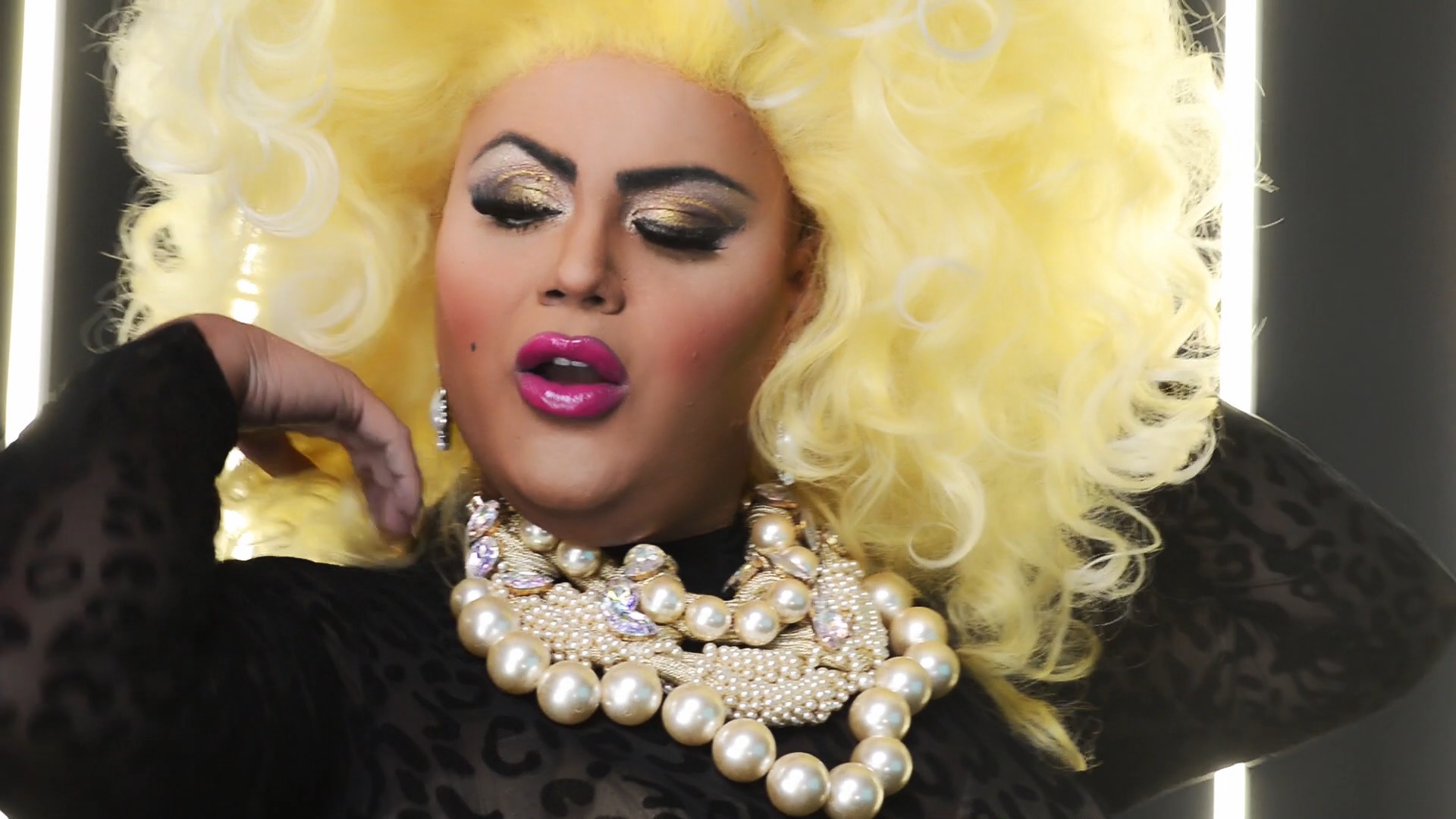 Aunduh (on-duh) is the Goddess of Love and Light. She arose as a glimmering light through the abyss of fear, anger, and hate to teach the world how to LOVE again.

Veronica Stella is a Burlington musician who brings a bright blend of soul and realness to the scene with her original songs. Her skills on guitar and harmonica show through in her live music. Veronica’s songs are upbeat and groovy, with soulful instrumental interludes in her original pieces. However, she also brings a bit of nostalgia and bittersweet comfort in some familiar folk and rock covers. You can check out her songs on Spotify and stay up to date with FB or Instagram. 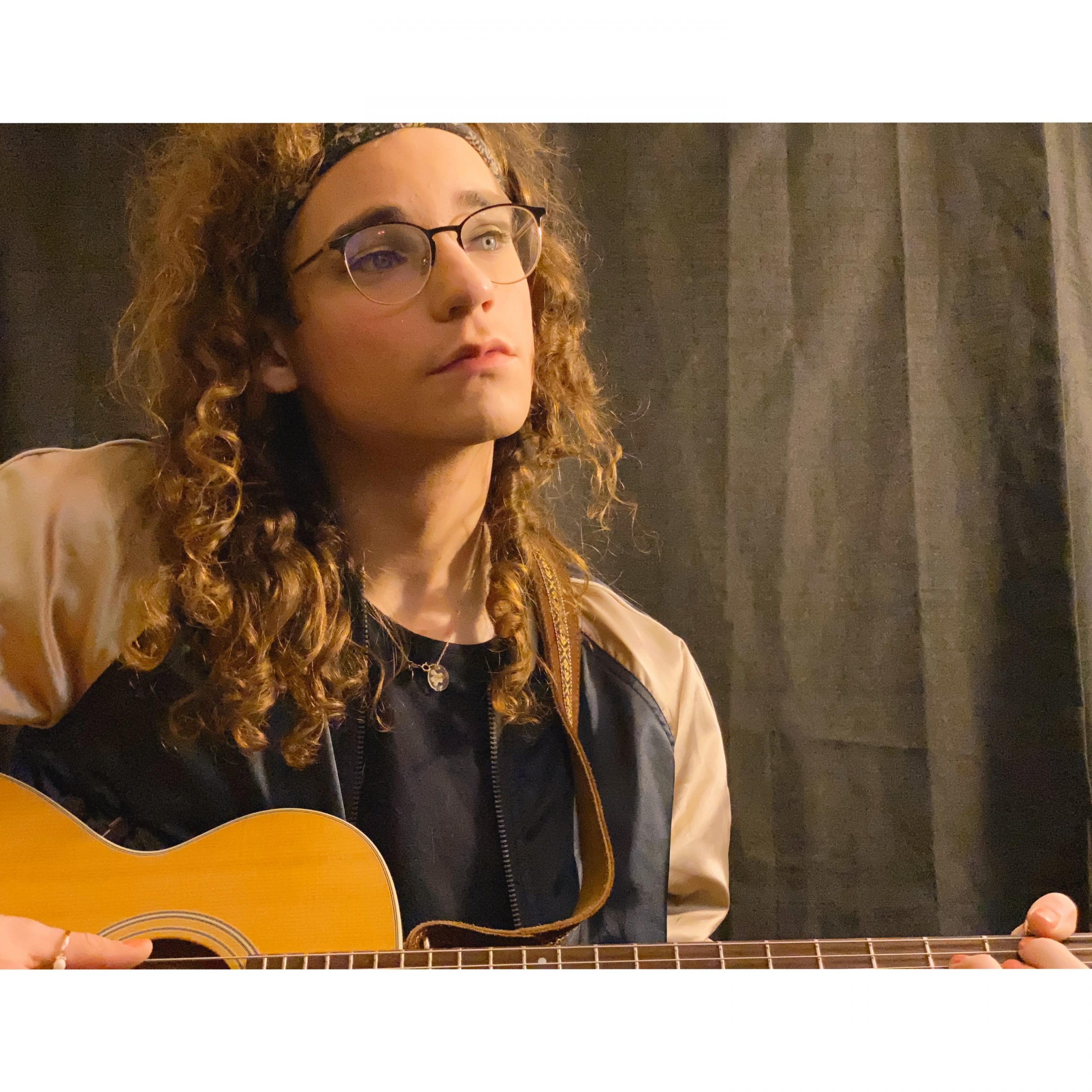 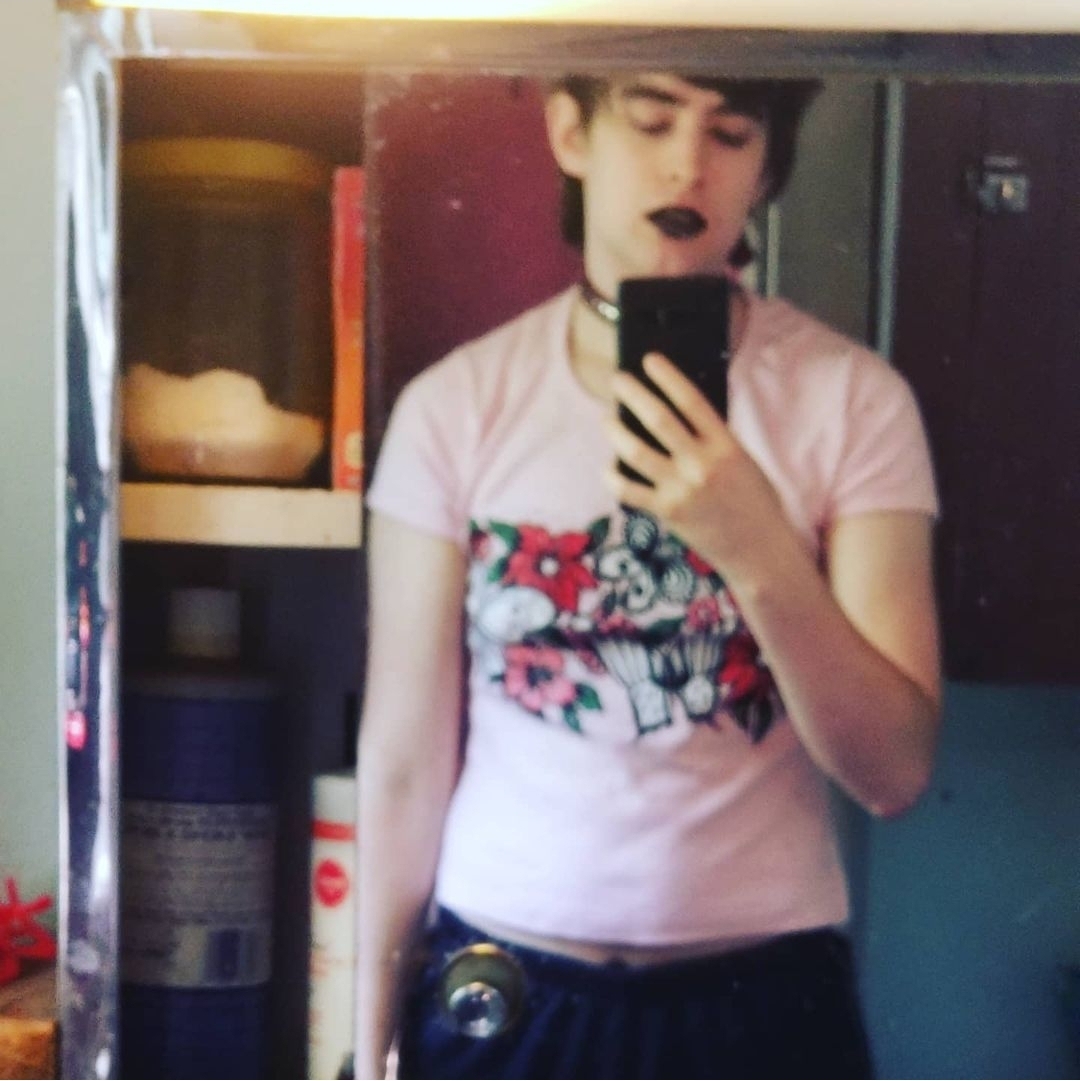 River is a trans musician and producer from btv, currently at work on her first ep. Her content can be found at linktr.ee/rvr_

of the sinners cross band

Charlene Willey has learned how to play multiple instruments while being legally deaf for 62yrs. Charlene is founder of the soon to be band called “Sinner’s Cross” a mix of classic rock, blues, neo-classical, hard rock, and heavy metal. Charlene has fought for her rights as a Trangender female, and has paved the road for other transgender folks. 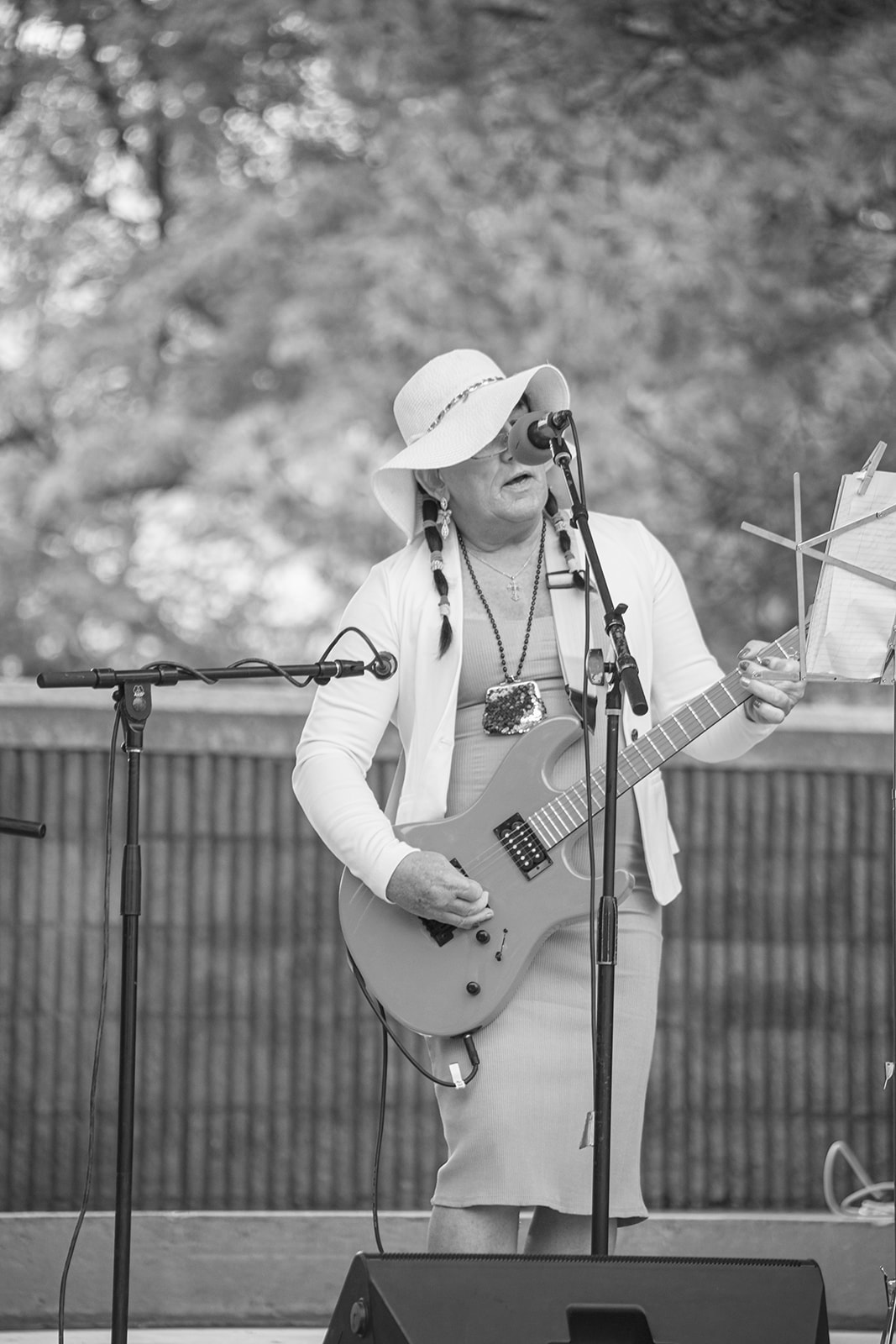 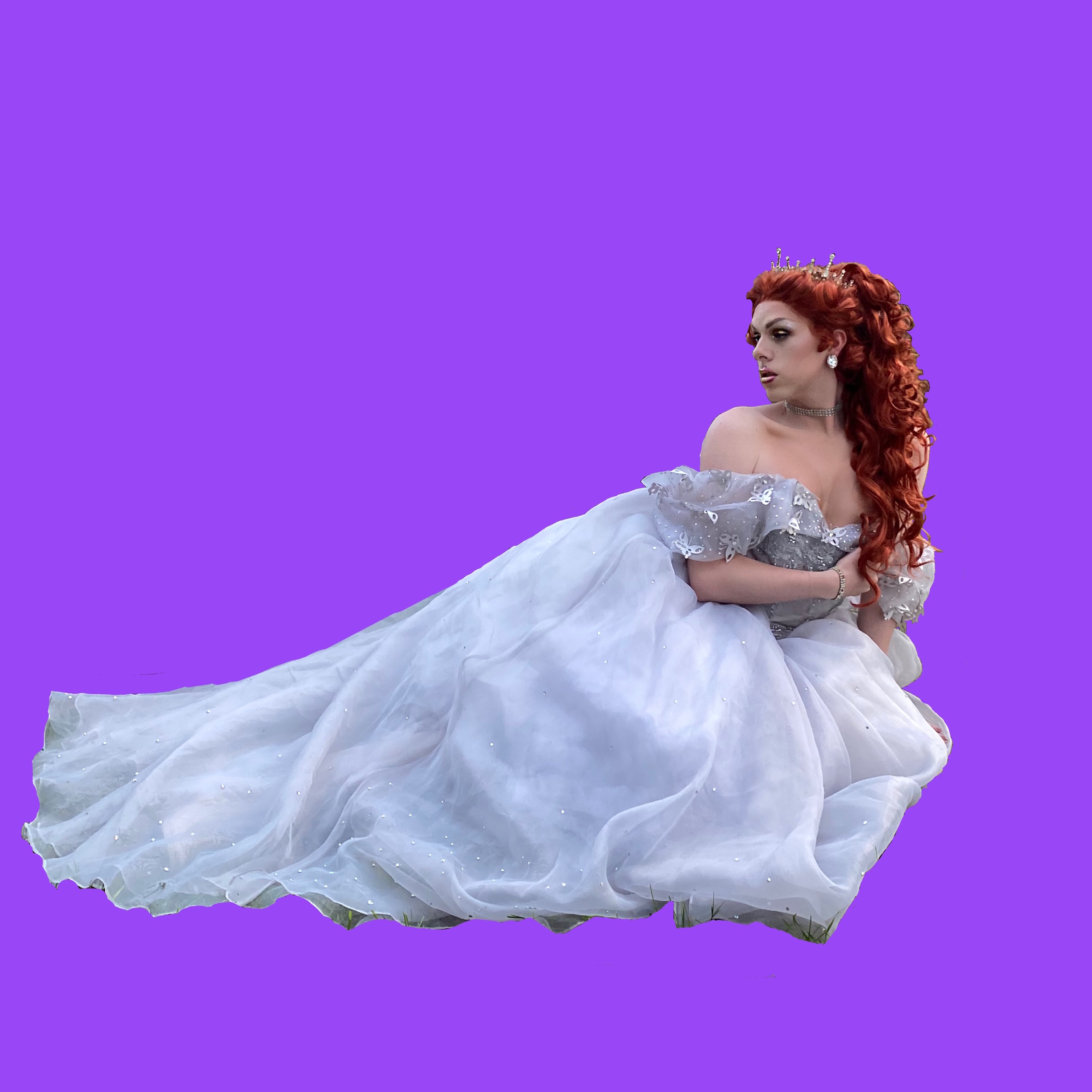 Czechoslovakia is a local drag queen in Burlington, VT. Czechoslovakia is an amalgamation of her love of strong heroines, history, acting, and musical theater. She is excited to be performing at 2021 Pride Vermont and her upcoming role of Hero in a local production of Much Ado About Nothing.