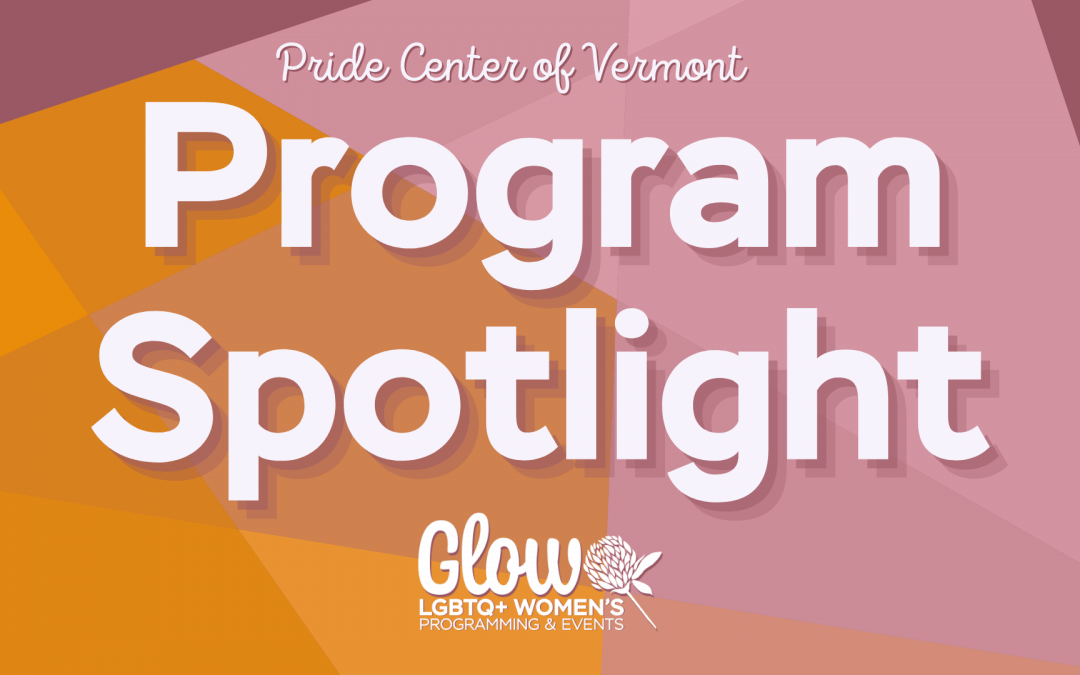 Each month, Pride Center of Vermont will feature a different program or group. These spotlights were created by communications intern, Lee Peet, of Keene State College, in collaboration with Pride Center staff.

This month, the Pride Center wants to introduce Glow. Glow is a social program for anyone from women to those outside of the gender binary, such as those who consider themselves woman-aligned or as part of women’s spaces. Glow meets several times a month during weekday evenings and weekends, where they want everyone who joins to connect with other LGBTQ+ women and woman-aligned folks. Glow also provides education and support for access to breast, cervical, and heart health screenings.

Anne Moyerbrailean and Phoebe Zorn, who currently lead the program, believe that Glow is important because many LGBTQ+ programs and community initiatives center around men while Glow allows a space specifically for women and woman-aligned people outside of that. In fact, Glow was started by Anne and Taylor Small in 2019 to reduce this issue within the Pride Center by creating a space that consistently provides community to LGBTQ+ women and woman-aligned people.

For some of the team’s favorite events they have done as part of Glow, Anne and Phoebe said, “our collaboration with Audubon Vermont has been so fun, especially our Women Who Bird event that happened monthly pre-pandemic! Some of the more memorable events also included: a fun kayaking/paddleboarding event on Lake Champlain, our own exclusive Glow & Transpire dance party at ArtsRiot called Equinox, and Butch n Babes’ Wonder Women Wednesday happy hour socials.”

Anne, Taylor, and Phoebe have worked hard to get where they are now with Glow, and they hope to do a lot in the future. Anne and Phoebe said that they hope to expand geographically to better serve LGBTQ+ women across the state. They also hope to expand in numbers of members as well as increasing their variety of events. For example, once it is safe to gather in person again, they hope to revive popular past events such as dance parties, potlucks, and craft nights, and involve the community in dreaming up new ways to connect and create spaces for LGBTQ+ women and woman-aligned folks.