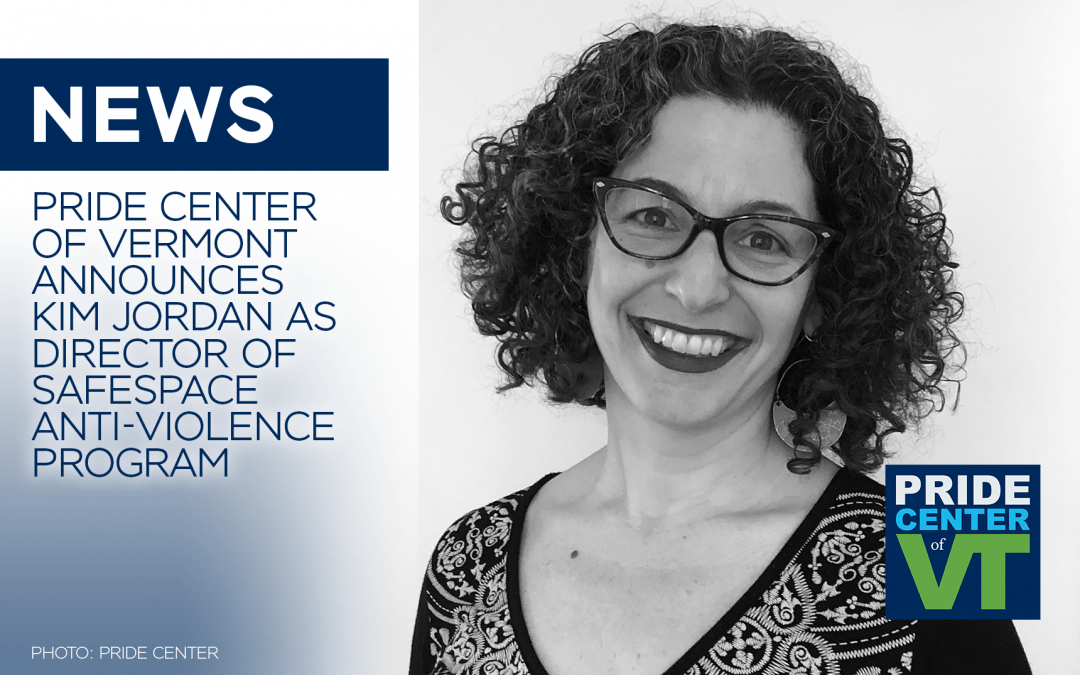 Pride Center of Vermont has announced the addition of Kim Jordan as director of SafeSpace, the organization’s anti-violence program.

“Kim is a wonderful advocate and community leader who will bring an extensive supply of strength, knowledge, and care to this role,” said Mike Bensel, executive director. “Her vision, energy, and intersectional approach to serving LGBTQ+ survivors will be a welcomed presence at the Center.”

Jordan has lived in Vermont for more than two decades. Prior to her role at Pride Center of Vermont, she was a victim services coordinator and victim liaison for restorative justice processes at the Burlington Community Justice Center. Some of Jordan’s past experience includes being a domestic and sexual violence advocate with the DIVAS Program at Chittenden Regional Correctional Facility; legal advocate and volunteer and training coordinator at Steps to End Domestic Violence; a theatre teaching artist with the Flynn Center for the Performing Arts; and founder and program director of the bullying prevention project Theatre-in-Action and the performance-poetry-in-education program The Breathing Poetry Project.

“I’m thrilled to join the Pride Center family as SafeSpace director,” said Jordan. “I will do my best to continue to integrate a queer Black feminist critical lens into the program’s anti-violence and liberation work.”

Jordan works to bolster human rights for all through innovation, accountability, transformative justice, antiracist practices, and systems advocacy. She holds an M.A. in Theatre for Social Change from Skidmore College and focused her graduate work on participatory theatre for bullying prevention. In 2015 and 2016 she co-created and performed in Intersections: A Show About Prison and Reform, which was produced by the Flynn Center of Performing Arts in collaboration with Vermonters for Criminal Justice Reform.

Anne Moyerbrailean served as interim program director in the months leading to Jordan’s hiring and will return to her prior capacity as lead anti-violence advocate. In the coming weeks, the organization will hire a rural resiliency coordinator for the program under Jordan’s leadership.