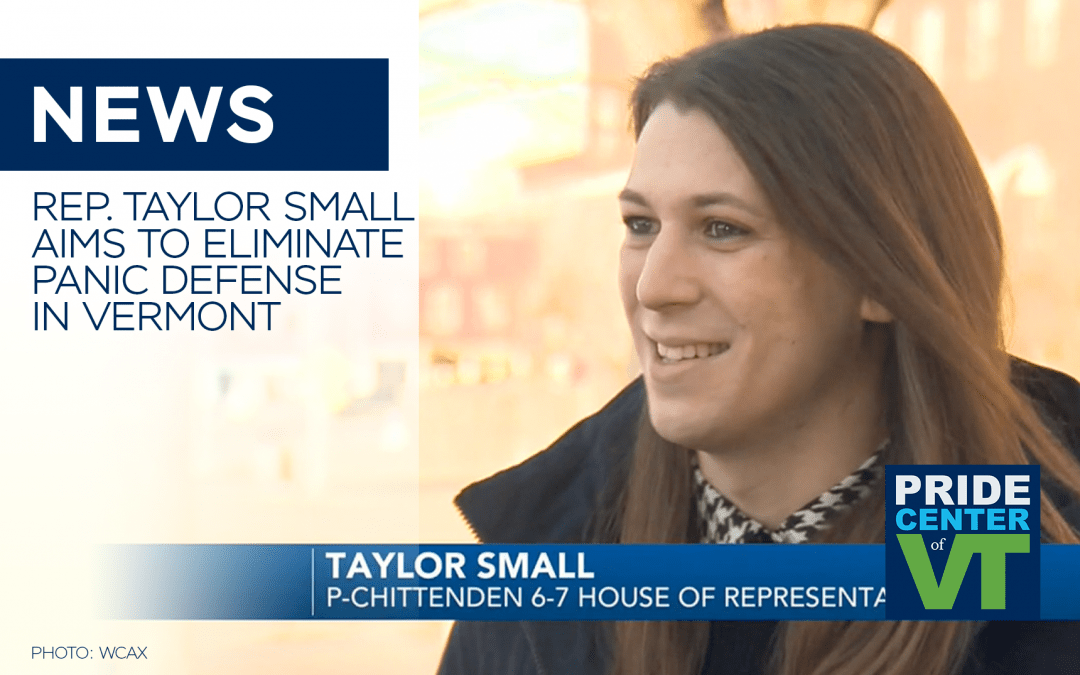 A Winooski representative has only been in office a few months but is already taking a big stand with a bill to add protections to members of the LGBTQ community.

Rep. Taylor Small, P/D-Winooski, co-sponsored a bill that passed out of the House Judiciary Committee with unanimous support. Small says the goal is to limit someone’s defense of their actions based on identity.

“It prevents using a defense of legitimizing a crime by identifying someone as transgender or queer and saying that is the justification behind it,” said Small.

Small says H.128, an act relating to limiting criminal defenses based on victim identity, is long overdue in Vermont. She says some have been surprised that a law like this isn’t already present in Vermont.

“As a lot of people have said, it’s surprising that it isn’t on the books in that protected category and class. And really the reason is we don’t really see LGBTQ people represented in our Constitution. We don’t really hear about defenses where you can legitimize a crime based on someone’s identity, and yet when it comes to LGBTQ folks, and more specifically trans folks, that representation and coverage just isn’t there,” she said.

According to the American Bar Association, the panic defense is defined as “a legal strategy which asks a jury to find that a victim’s sexual orientation or gender identity is to blame for the defendant’s violent reaction, including murder.” It’s reportedly rarely used in Vermont.

“The hope is we are putting this on the books so it doesn’t come up again in the state, even if it didn’t come up frequently beforehand,” said Small.

Small says the bill is written in a specific way so going forward, the language would continue to blanket protections.

“We use such general language because language is always changing when we are talking about gender identity and sexual orientation,” she said.

The ban on the panic defense strategy has been passed by lawmakers in 15 states, the most recent being Virginia, where it awaits the governor’s signature.

Advocacy groups say this is something simply to further protect individual identity.

“It’s saying to LGBTQ+ people that your existence does not justify violence against you and we are going to be proactive about it,” said Anne Moyerbrailean, the interim director of the SafeSpace Anti-Violence program within the Pride Center of Vermont.

Moyerbrailean says this is something that serves as a protection, but also as a larger signal about Vermont as a whole.

And while the fate of H.128 is still unknown, Moyerbrailean says its unanimous passage out of committee is a beacon of why representation in all forms of government matters.

“LGBTQ+ people know where the system fails them. And so Taylor was able to recognize that and say no this isn’t something, a protection that we have and I know through my experience through the Pride Center and this is something I am going to advocate for,” said Moyerbrailean.

Small says the bill is expected to make it to the House floor this week before it makes its way over to the Senate.