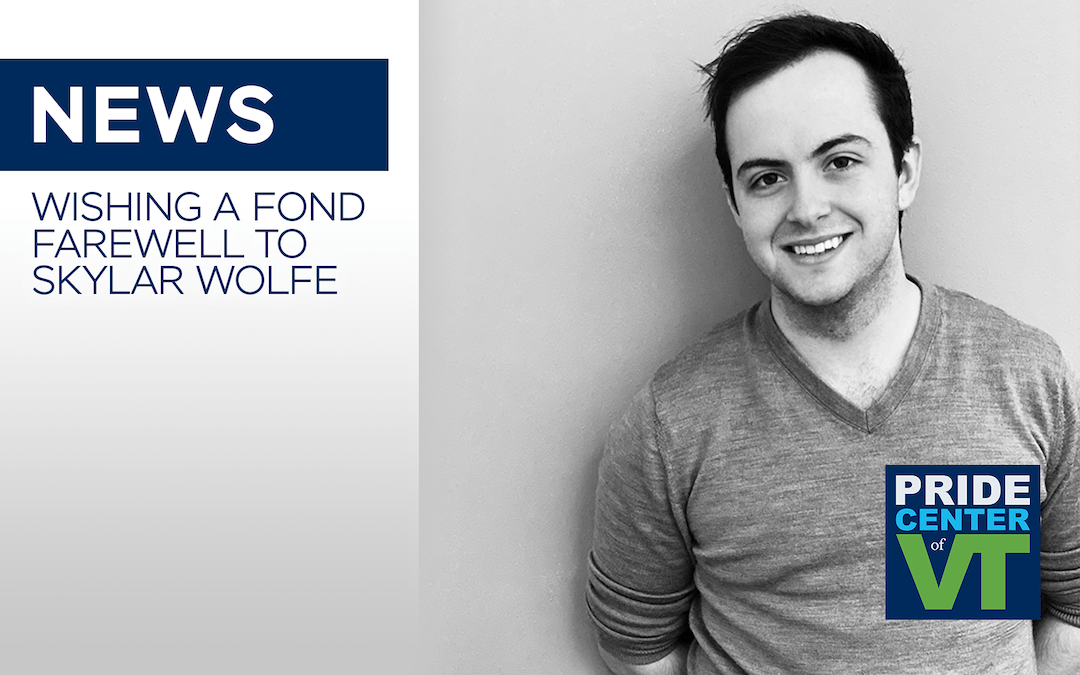 “I am filled with gratitude for the opportunity to work closely with Skylar the past few years. He has been a strong advocate to survivors of violence and generated an impressive list of accomplishments during his tenure at Pride Center, including growing the capacity to better fulfill SafeSpace’s statewide mission and facilitating trainings for more than 2,200 people across the state,” said Mike Bensel, executive director, Pride Center of Vermont. “We wish him success in his future.”

Skylar served on the Vermont Network Coalition for the Vermont Network Against Domestic and Sexual Violence, of which PCVT is a member.  “Skylar, you are leaving a wonderful legacy with the Network and within the coalition. We have all appreciated your support, your contributions to thinking and planning, and the ways you lived your values at all times,” said Karen Tronsgard-Scott, executive director, Vermont Network. “We will miss you. With so much love, appreciation, and respect, we wish you every happiness going forward.”

In addition to sitting on the Vermont Network Coalition, Skylar also highly represented PCVT in the National Coalition of Anti-Violence Programs (NCAVP), statewide STOP implementation team, State Council to End Domestic Violence, among others, helping to raise awareness of LGBTQ+ needs statewide and representing PCVT at the national level.

“I am going to miss being a part of PCVT’s work and mission, but am excited to take some time off, to pursue further professional development including finishing my master’s degree, and to explore other professional opportunities,” said Skylar Wolfe.

Skylar also assured us that he’s staying in the area saying, “If you are wondering if I am going to stay in the area, no worries! I’ll be around, and I’m sure I’ll see you again. Thank you to all of you who have sent warm wishes, who have built connections with me through PCVT, and who share a commitment to helping to make the world – and Vermont – a safer place for LGBTQ+ people.”

Skylar’s last day is Thursday, November 12th. He will be greatly missed.