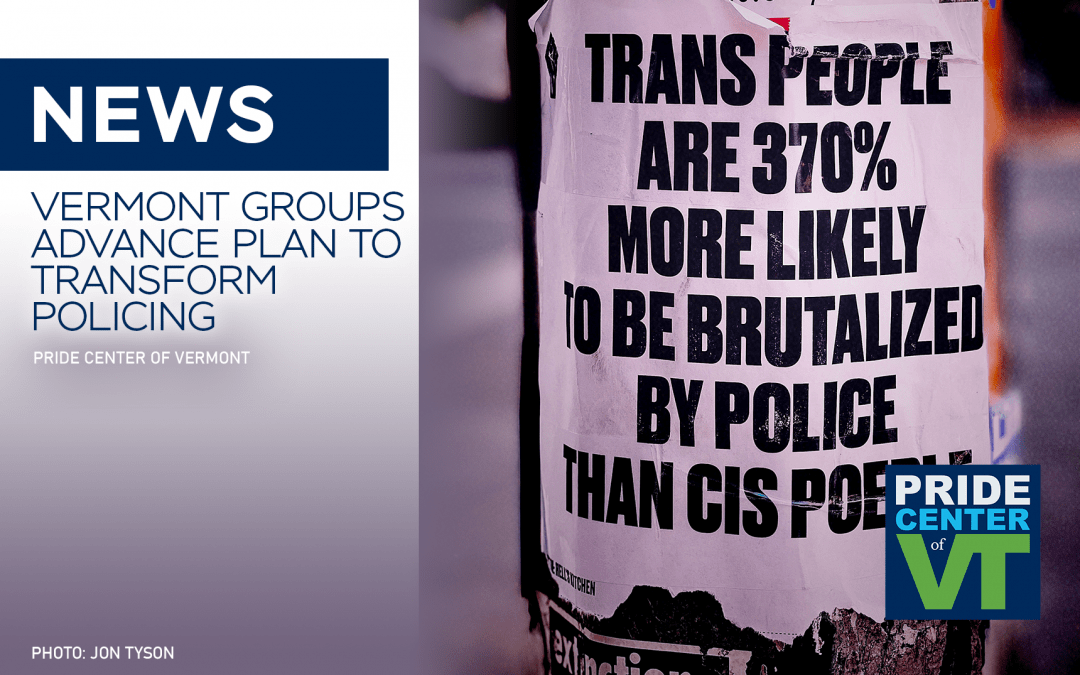 Vermont Groups Advance Plan to Transform Policing
Calling on candidates and policymakers to reimagine role of police, including end to qualified immunity and police in schools

In the midst of a nationwide movement to address police abuse of power and end systemic racism, a diverse group of Vermont-based organizations is urging Vermont public officials and candidates for office to embrace a comprehensive, ten-part action plan for police reform. In an open letter signed by fifteen prominent organizations, advocates are calling on lawmakers to limit the unchecked power of police while increasing investments in Vermont communities.

NAACP Windham County Branch President Steffen Gillom: “As a state, we need to do more than talk about making real change. We need to be creating real change by creating ecosystems that give the most marginalized folks a fair shot at getting justice no matter the color of their skin, the cadence of their speech, or their family or origin. It’s the responsibility of our lawmakers to spearhead the creation of that change.”

Last month, following the police murder of George Floyd and historic, sustained protests in Vermont and around the country, Vermont policymakers passed modest police reform legislation while signaling an intent to pursue broader and more ambitious initiatives in the near future. Data consistently shows Vermont law enforcement stops, searches, and arrests Black and Brown people at disproportionate rates, and the number of Vermonters killed by police has increased over the last several decades, with 2019 being the deadliest to date.

Rights and Democracy Movement Politics Director Kiah Morris: “While the public discourse around policing has directed society to see law enforcement as the ultimate solution to public safety and criminal justice, the data, narratives, and demands of those most negatively impacted by policing requires a dismantlement and reimagining of our relationship to law enforcement. For too long, policing has been used as a mechanism of institutionalized violence against those with the least means to fight back.”

The plan is being released as the Vermont legislature prepares to host a series of “virtual meetings” to obtain community input on police reform. The meetings will be co-hosted by the House Government Operations and House Judiciary beginning tomorrow, August 6 at 1:00 p.m., on August 12 at 6:00 p.m., and on August 16 at 4:00 p.m.

ACLU of Vermont Executive Director James Lyall, “Despite decades of work to curb police violence and address systemic racism, little has changed—due in large part to relentless opposition by law enforcement. We must transform the role of police in our society by ending dangerous legal standards like qualified immunity and reducing the footprint of law enforcement in over-policed communities. It’s time to invest in our people and communities, not policing and prisons.”

A number of states and localities have already begun to adopt proposals outlined in the plan, including ending qualified immunity (Colorado and Connecticut), removing police from schools (including Portland, Denver, and Minneapolis), and diverting funding from policing to community programs and support services (including Burlington, Los Angeles, New York, and Seattle).

The upcoming legislative meetings on police reform will be livestreamed, here. Members of the public can register to give two minutes of testimony at one of these hearings, here.  Vermonters can also share their views and experiences by filling out a survey, here. 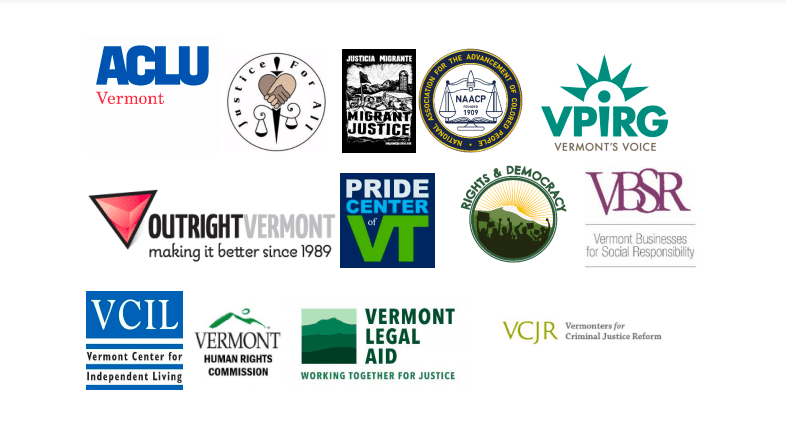