John Scagliotti is the award–winning producer of landmark films Before Stonewall and After Stonewall, among others. He later created In The Life, a GLAAD Media Award-winning LGBT series that aired on PBS for 21 years, making it the longest running LGBTQ television program in history. Notably, the series, which debuted in 1992, was also the first broadcast LGBTQ television program for public media in the United States. His most recent film, Before Homosexuals, premiered in June 2019.

Before Stonewall, released in 1984, looked at gay and lesbian history leading up to the modern-day pride movement spurred by the riots outside the Stonewall Inn in New York in June 1969. The sequel followed the movement’s evolution since then, including the increasing prominence of women and AIDS-related activism.

For his next project, Beyond Identity, Scagliotti plans to map the progression of current debates about gender and sexuality. Even in Before Homosexuals, Scagliotti says, he found early references to transgender issues and same-sex marriage that shine a light on those discussions today. “I think history helps people understand the present,” the filmmaker says, “and it moves them much more smoothly into the future.”

Scagliotti runs the CineSlam, an annual LGBT short film festival in Brattleboro. The festival displays an intriguing  glimpse of the diversity of life, struggles and triumphs of LGBTQ people and their allies in short narrative, documentary and art video formats.

He also serves as the administrator of the Kopkind Colony, an educational summer residency program for nonpartisan, independent journalists and community organizers. Based in Guilford, VT and named for his late husband, journalist Andrew Kopkind, the Kopkind Colony is for media makers and activists open to people of all sexual identities. 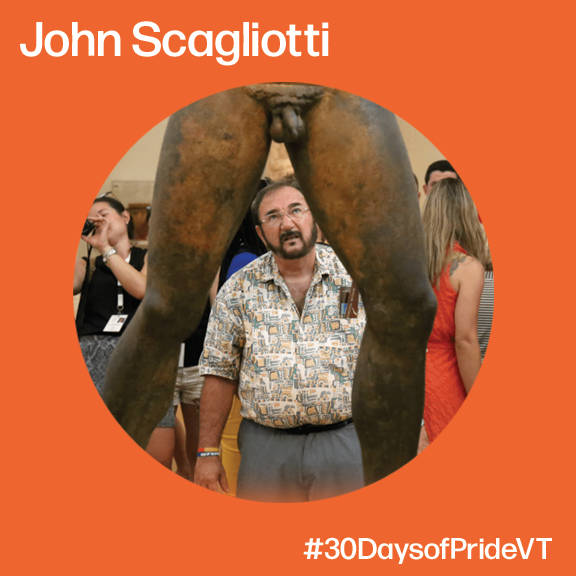