Vermont has a low prevalence of HIV, which means that there are not a lot of infections percentage wise in the state. This is in part due to the fact that there are no large cities in Vermont. The most recent data shows that there are 670 Vermonters known to be living with the virus, but the real number is probably closer to about 800. This is because about 20% of people living with HIV do not know they have the virus. Of those known to have HIV, 341 have an HIV diagnosis, and 329 have been diagnosed with AIDS. Not surprisingly, the majority of infections are in and around the Chittenden County area. And, just like the national data, the majority of infections occur in men who have sex with men (56%). Heterosexual contact accounts for 10% of those infected, and injection drug use accounts for 8%. Of those who are known to be positive, 77% are getting HIV related care, with almost 50% maintaining an undetectable viral load.

Vermont CARES and other AIDS Service Organizations in the state have been operating for many years providing HIV/AIDS Prevention Education and Services to our community to help keep this state at low prevalence. With offices in Burlington, Montpelier, Rutland and Saint Johnsbury, Vermont CARES is the largest and longest standing AIDS Service Organization in the state of Vermont.

Starting in 1986, the agency began providing services to the HIV positive community of Vermont. At this point in the epidemic there was much uncertainty about the future of the community and what could be done to help those diagnosed with HIV. Vermont CARES sought to assist clients in any way that would help them maintain their health and focus on treatment, a goal that continues today.

There are, on average, about 20 new infections in Vermont every year. We are working to get that number to zero, to become the first state in the country with zero new HIV infections. 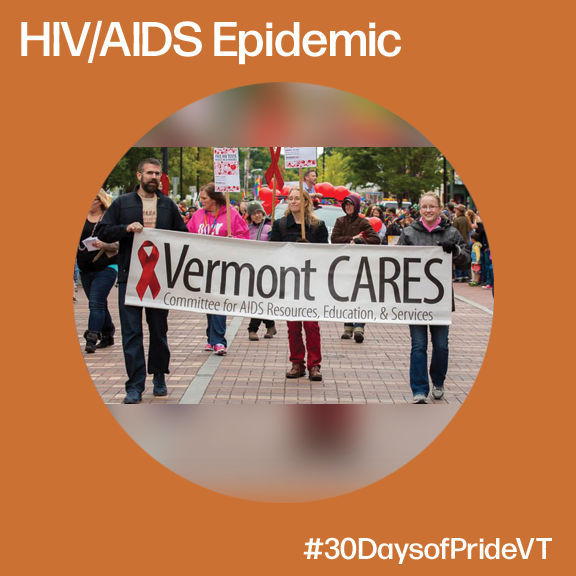