The First Lesbian and Gay Pride March in Vermont was held in Burlington on June 25, 1983, fourteen years after the Stonewall Uprising. Primarily organized by women, 350 people rallied in City Hall Park and marched through downtown Burlington – a memorable event that has taken place in either Burlington or Montpelier every year since.

When the event was held, organizers and participants knew they were taking a risk. Publicly announcing their sexuality and their fight for civil rights opened up the possibility for them to lose jobs, children, and personal safety. But a visible presence of what was then described as the Lesbian and Gay community could also help push politicians and community members to understand the need for job and family protections and basic civil rights. This visibility has grown and transformed as queer and LGBTQ2+ identity has changed and shifted in the past few decades — and it still takes collective action and organizing to continue progress towards equality. 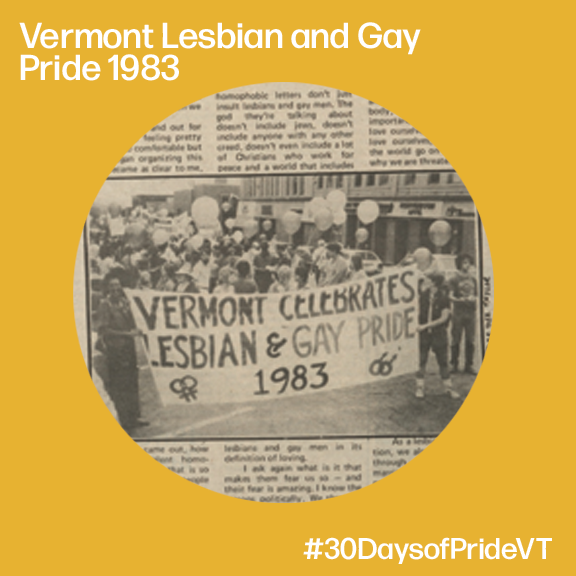