promoting Vermont as a destination to the LGBTQ+ traveler

If you’re gay, Vermont is the place to stay. The co-founders of Vermont Gay Tourism Association (VGTA) acknowledge that Vermont’s historic civil unions bill put the state on the map as a destination for members of the LGBTQ community. In fact, it was the civil unions bill signed by former Gov. Howard Dean in 2000 that led to the formation of the VGTA, which at its peak counted membership of over 80 organizations.

“Here was this amazing window of opportunity…yet there was no state support for LGBT tourism marketing,” co-founder Willie Docto recalled. “So I organized a dozen fellow innkeepers, pooled our money, and began promoting LGBT Vermont through regional advertising and trade shows.”

The VGTA, incorporated in 2003, represented a broad swathe of the tourism industry that includes lodging, dining, wedding services, shopping, recreation, travel, the brewing and wine industry and business. The organization gained recognition from the state, funding included (Vermont’s tourism board has no LGBT division), and visited travel conventions in the U.S. and Europe to promote the Vermont brand in LGBTQ markets.

Through their efforts, gay travelers have learned about the abundant reasons to experience Vermont. “Beyond the headlines of our ski resorts, autumnal glories, farms, historic villages, and award-winning culinary and craft beer scenes, Vermont stands apart as a progressive, open destination,” said Docto. “Gay travelers are welcome here—our laws prove it.”

Then, in 2013, the Supreme Court ruled that same-sex couples have the right to marry in all 50 states. Since that decision, the Vermont Gay Tourism Association, had seen a decrease in the number of gay and lesbian couples tying the knot in Vermont. But the VTGA pressed on. “Vermont is a socially progressive state and thus, as a whole, is a welcoming place for same-sex couples. They don’t feel the prejudice they do in other places,” he said. “We know how to handle gay weddings.”

In 2019, the VGTA began formalizing their dissolution and subsequent shift to being a part of the Pride Center of Vermont. The two organizations had long been in partnership. The Center, which also organizes the annual Pride Vermont parade and festival taking place each September in Burlington, incorporated Northern Decadence, a food and beverage event founded by Docto from 2011 to 2016. Produced by VGTA, the Northern Decadence Food & Travel Expo  was “a festival within a festival,” according to Docto. Northern Decadence  showcased LGBT-friendly businesses from across Vermont and included food and wine samples, a silent auction, and the popular Decadent Cupcake Competition. 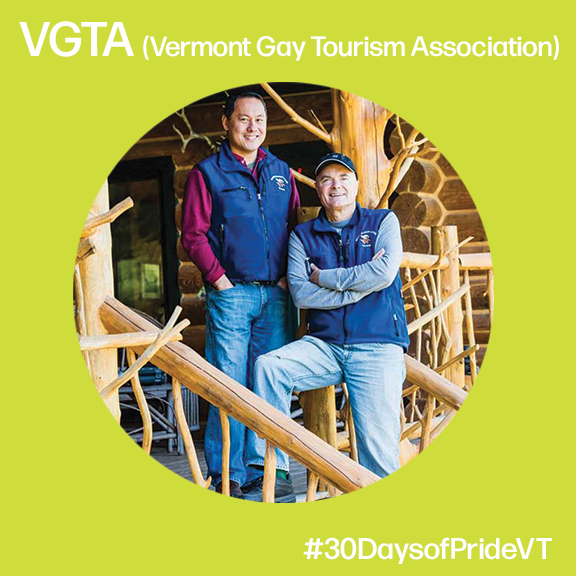