Rock River Preservation, Inc. (RRP) formed as a nonprofit organization in 2005 for the purpose of ensuring public access to recreation areas along the Rock River.

Rock River, is one of Vermont’s most popular place for gay nude swimming and sunbathing. It’s known for being a gay cruising area as well. Especially in the warmer months, it’s known to be a destination for good social atmosphere – a popular activity is taking the rocks and building beautiful cairn structures. The Rock River is located between Brattleboro and Newfane, VT, and has several natural pools. The first pool you reach is the largest, and is clothing-mandatory. As you walk further upstream, you’ll come to a second pool, where nudity is likely, but is made up of mostly straight folks. Further upstream, you will come to a third pool, which tends to be all nude and all gay.

In 2007, RRP purchased a 4.5 acre land parcel stretching 1.2 miles along the river. In 2017, RRP entered into a stewardship agreement with owners of land across the river, which includes the most popular swimming areas. In 2018, RRP purchased 21 acres of that land. 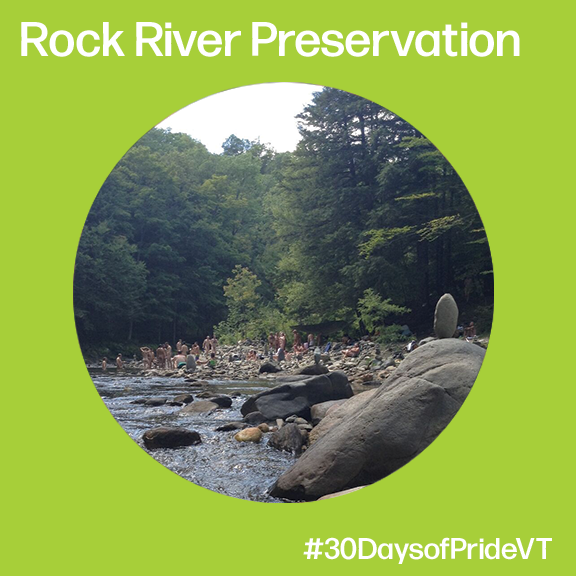