Bill Lippert has been an activist for LGBT civil rights since the 1970s and state representative for Hinesburg, Vermont since 1994. He is a psychotherapist who led gay men’s support groups in the 1970s after coming to Vermont in 1972, and was part of the first Pride celebration in Vermont in 1983. In 1989, he was a founding board member of Outright Vermont. With David Curtis, Lippert founded the Samara Foundation (now the Samara Fund with the Vermont Community Foundation) in 1992. In 2000, as vice chair of the House Judiciary Committee, Lippert was central to the drafting and passage of the civil unions law, at a time when he was the only openly gay legislator.  In March 2000, Lippert made an impassioned speech defending the civil unions bill under consideration, saying “There remains afoot in Vermont prejudice against gay men and lesbians. … I have been called names in this chamber, in this building, the likes of which I have never experienced in my life — my personal life or my political life. And I’ve watched come true what I have always known to be true. That those who stand beside gay and lesbian people as their allies … they get targeted, too. …” Lippert continues as an activist and presence in LGBT politics and histories both nationally and in Vermont. 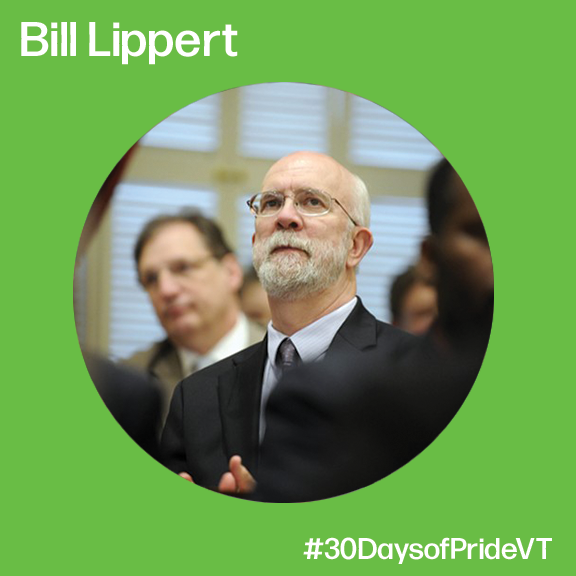