Grassroots group that advocated for marriage equality, making the state a leader in the movement

On July 1, 2000, Vermont became the first state to offer civil unions to same-sex couples. The year before, the State Supreme Court ruled in Baker v. Vermont that state law violated the state constitution and had ordered legislature to correct the problem by passing legislation that either expanded the right to marry to couples of all orientations, or that set up a system of domestic partnership that ensured that all couples would receive the same rights from the state as heterosexual married couples. The House Judiciary Committee held public meetings. Bill Lippert, at the time the House’s only openly gay legislator, was a vice chair. The intense testimony included lawyers representing the original couples: Beth Robinson, Susan Murray, and Mary Bonuato; Take It to the People (an anti-gay marriage organization); the Vermont Law School, and concerned citizens from all sides. Debate was contentious and passionate throughout the state, taking place in town meetings, social events, and in newspapers. There was  hostile backlash against LGBT residents.

The committee drafted bill H.847. Many legislators discussed the bill at their Town Meeting Days and many were angrily challenged by their constituents. The House passed the bill on March 17, 2000. Governor Dean signed the bill—behind closed doors–on April 26, 2000.

In February 2007, a bill for same-sex marriage was introduced in the state legislature and a committee from the House and Senate was formed to study the issue but did not make recommendations when it reported in 2008. Another bill was introduced in February 2009.  In March, the Senate Judiciary Committee unanimously recommended implementing same-sex marriage.  In April, Governor Jim Douglas’ veto of the bill was overridden. This was the first time a Vermont governor’s veto had been overridden since 1990. On September 1, 2009, the Marriage Equality Law in Vermont went into effect allowing same-sex couples to marry. Vermont was the first state to enact this legislation without being required to do so by a court ruling.  The debates and difficult discussions surrounding the initial civil unions bill and the hard work of the Vermont Freedom to Marry Task Force (whose archives are now at Middlebury College) had led to the far less painful and even clearer support for marriage equality nine years later. 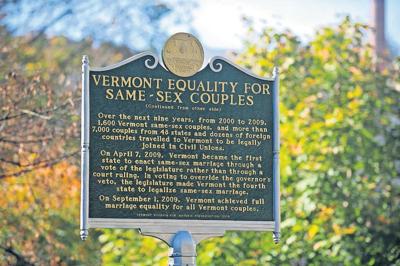 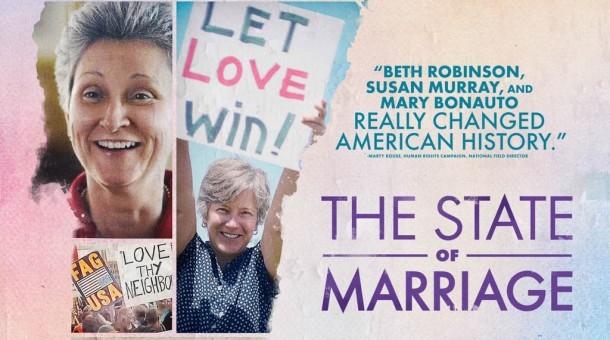 The State of Marriage is a 2015 documentary that tells the story of how legal legend Mary Bonauto partnered with Vermont lawyers Beth Robinson and Susan Murray in a 2-decade struggle that pioneered the entire marriage equality movement and changed the course of American history. 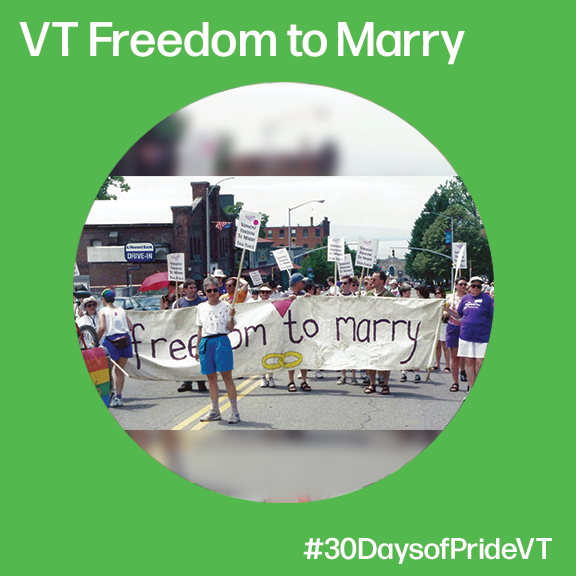 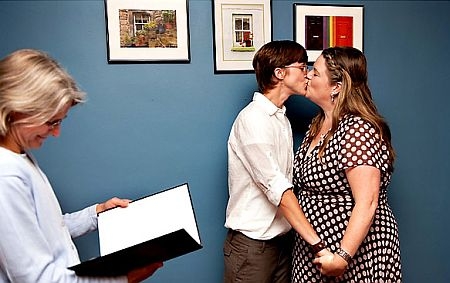 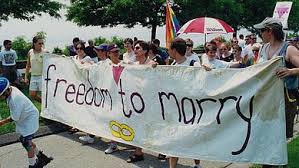 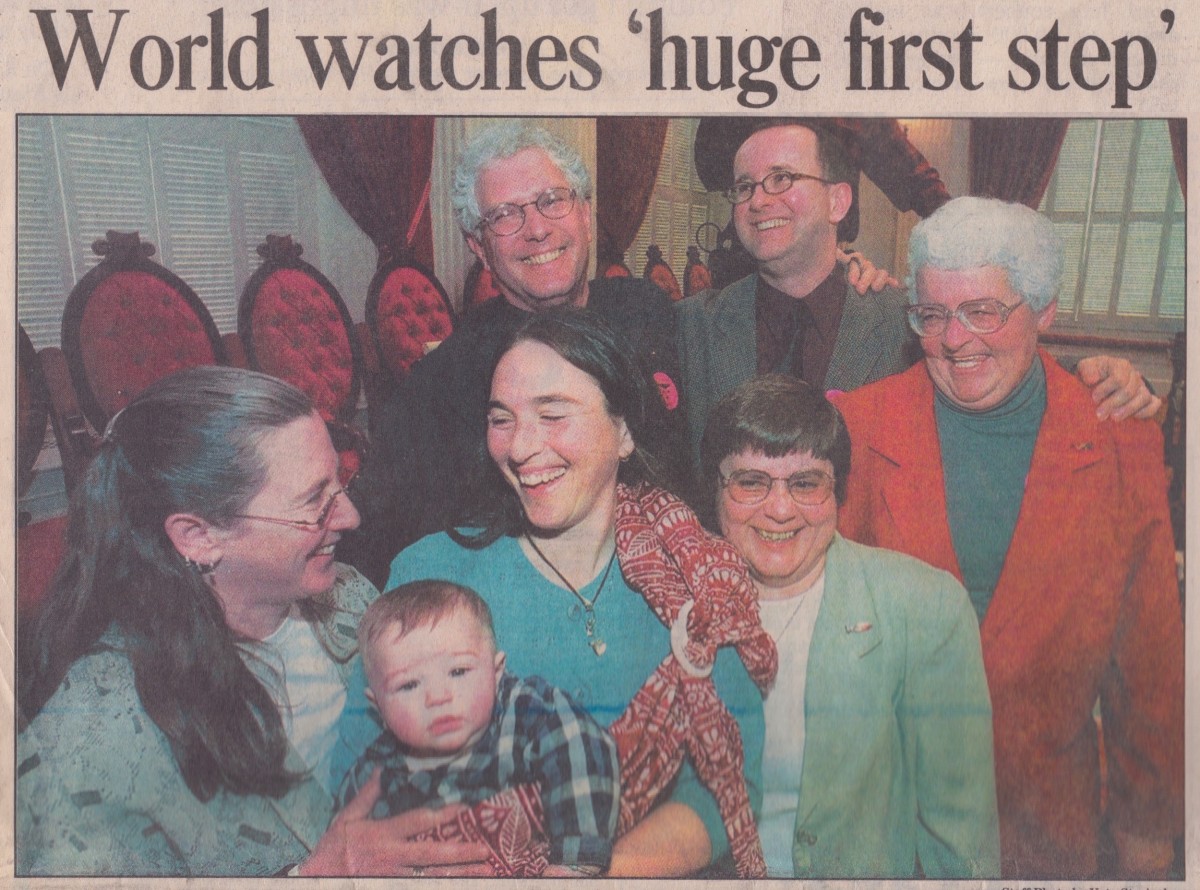 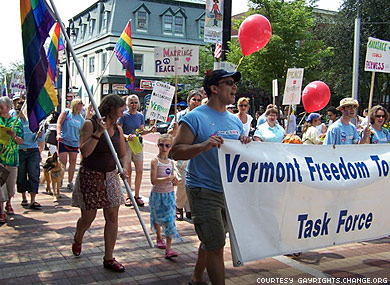