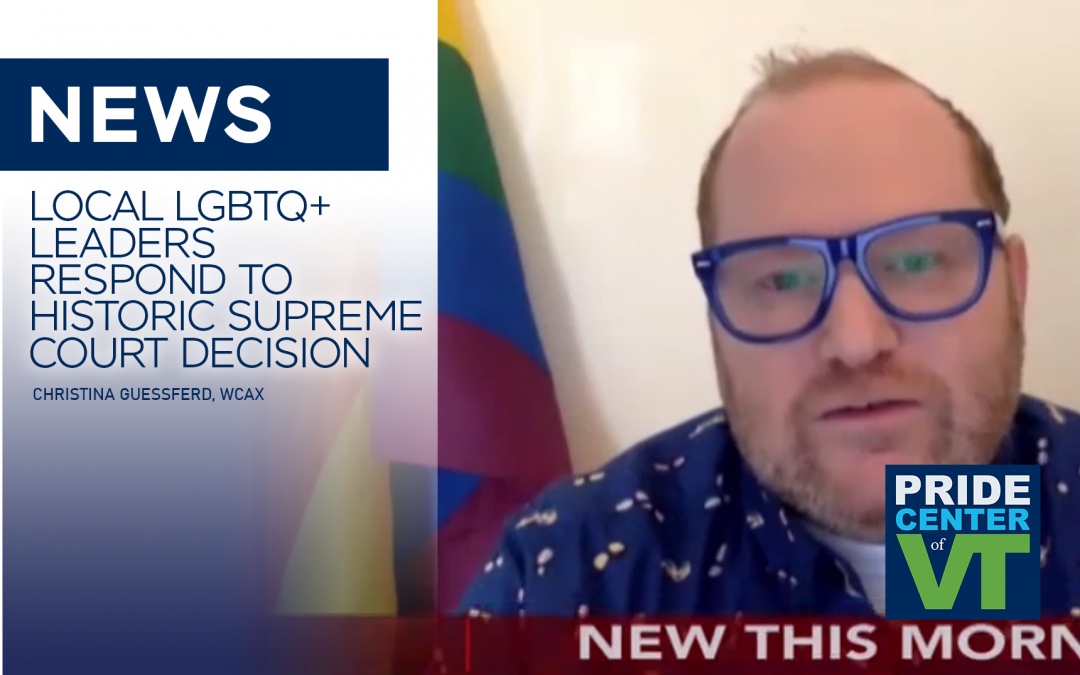 Vermont was one of the first states to pass a comprehensive statewide law prohibiting sexual orientation discrimination in 1992.

In 2007, Vermont became the third state in New England to explicitly prohibit discrimination on the basis of gender identity. So local advocates say it may come as a surprise to Vermonters these protections weren’t already in place on a federal level and proves there’s a lot of work to be done.

“I felt a tremendous sense of relief. It was like, OK. I felt validated or protected,” said Mike Bensel, the executive director at the Pride Center of Vermont.

Bensel has been following the Supreme Court fight to cover gay and transgender workers in the 1964 Civil Rights Act employment discrimination protection since it was presented last October.

Bensel says while this momentous victory couldn’t have come at a better time during Pride Month, it was a long time coming.

“I feel like this should have happened years and years ago,” said Bensel.

Bensel says two-thirds of the LGBTQ+ community navigate those barriers every single day, especially trans and nonbinary folks and LGBTQ+ people of color.

He says this landmark decision gives his team another tool to hold employers accountable.

“This really feels like a much-needed win at this time,” said Bensel.

Read entire story and watch the segment from WCAX here >