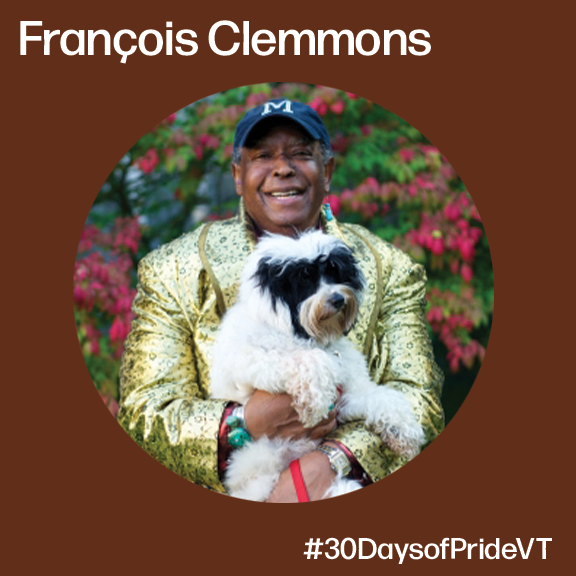 The following was compiled using excerpts from Middlebury College, Vermont Public Radio, and UU World Magazine. Links for those sources can be found below.

“François is himself,” says the Rev. Johanna Nichols, minister emerita of Champlain Valley UU Society (CVUUS), where Clemmons is a member. “And himself is a diva. And a very loving, accepting, commanding presence.” Clemmons’s accompanist and fellow CVUUS member Kate Gridley agrees: “François is not hiding who he is. He’s gay and he’s black.”

Those facts matter for a man born into a Southern Baptist family in the segregated South, who came of age during the Civil Rights Movement. Reading the Bible at church, encountering homophobia there, “I would ask questions . . . and people didn’t like it,” Clemmons says. Family offered little comfort; physically “brutal” describes his father and stepfather alike. “I understood that blood is not what makes someone love you,” Clemmons says.

Throughout childhood, Clemmons counted on one thing. “I kept singing, because it filled me with such joy,” he says. With his musical dexterity, Clemmons became his church’s choir director when he was about 10 years old—a challenge he relished. “I was a serious boy,” he recalls, laughing. The choir of adults responded to him. “That authority has carried over for the rest of my life,” Clemmons says.

Hungry for the opportunity to showcase the spirituals he first learned as a child in his mother’s kitchen, Clemmons formed his own musical group, the Harlem Spiritual Ensemble. Comprising six voices, piano, and percussion, the Ensemble performed faithful interpretations of this important historical and cultural art form. In the time of slavery, African-Americans sang these songs as they worked. The music offered a sense of hope: transcendence from the toil of their everyday lives into a realm of spirituality and freedom. The Harlem Spiritual Ensemble honored that tradition by reproducing the passion of these historic songs in a modern context.

Clemmons visited Middlebury College with the Harlem Spiritual Ensemble several times in the 1980s and 1990s, and was awarded an honorary doctor of arts degree in 1996. He made Middlebury his home in 1997, joining the College as Director of the College Choir. Rather than recruiting only the best singers, he gathered a diverse cross-section of the campus community: American and international students, faculty from the arts and sciences alike, and staff from departments as various as the arts center, dining service, and financial aid. He wanted the music to unite and invigorate the singers in a glorious shared experience. Clemmons unwittingly made himself an impromptu ambassador of campus diversity.

Despite his remarkable achievements as a musician, he is perhaps best known to American audiences as the friendly, singing policeman “Officer Clemmons” on the Emmy- and Peabody-winning children’s television show Mister Rogers’ Neighborhood. For twenty-five years Clemmons shared an on-screen friendship with Fred Rogers that modeled mutual respect and love for a generation of eager-eyed toddlers. Rogers quickly became Clemmons’s mentor, surrogate father, and lifelong friend. “I can’t even explain the depth of his embrace. It was so unlimited,” Clemmons explains. “And I always kept it in my heart.”

This certainty grew in part from an episode in 1969. Rogers, soaking his feet in a water-filled baby pool, invited Officer Clemmons to dip his feet into the water. As Clemmons did so, the camera panned in on the side-by-side contrasting feet. Rogers then offered to dry Clemmons’s feet with a towel. The statement reverberated as the Civil Rights Movement roiled around desegregating public swimming pools. A “very deliberate” man, Rogers clearly understood not only the scene’s social statement, Clemmons says, but also its theological implications. The two discussed how it recalled a Bible passage describing Jesus washing his disciple Peter’s feet.

“The significance of Fred doing that for a black gay man is not lost,” Clemmons says. “I felt unworthy, like Peter in the Bible. Why did he choose me?” Years later, the impact deepened when he and Rogers recreated the scene. “He chose me. And he chose me twice.” Clemmons felt—and still feels—anointed.

For years, Clemmons felt most at home, safe, and accepted in Rogers’s friendship. But the relationship had one key complication. Clemmons wanted to come out publicly, but Rogers said no. “It was not a personal statement of how he felt about me,” Clemmons says. “It had to do with the economics of the show.”

“He gave me a tremendous about of support privately, but we would not do anything that said I was an openly gay man on television because he didn’t feel and his advisors did not feel that the public was ready to have a gay character on a children’s television program.”

The mixed message prompted Clemmons to marry a woman in 1968, “a necessary sacrifice,” he says. He divorced in 1974.

“In the theater and in Opera and music you can be openly gay- nobody cares. And somehow or another, those worlds never crossed or got negative with each other. I could do the children’s televisions stuff with Fred Rogers and then I could be much, much more myself when I was singing my own concerts and doing the Harlem Spiritual Ensemble.”

The ensemble’s performances at Middlebury College clinched him an offer to be the school’s artist-in-residence in 1997. When Clemmons moved to Vermont, “I think there were a lot of people who wanted him to tone down,” says Nichols. “And he did not.”

“I like colors, I like very very colorful outfits and things that the typical male here in Vermont is not going to wear…no Carhartts.  If I got it, I’d put lace all over the top of it you know and I’d have spangles and sparklies, you wouldn’t recognize it as Carhartt.” 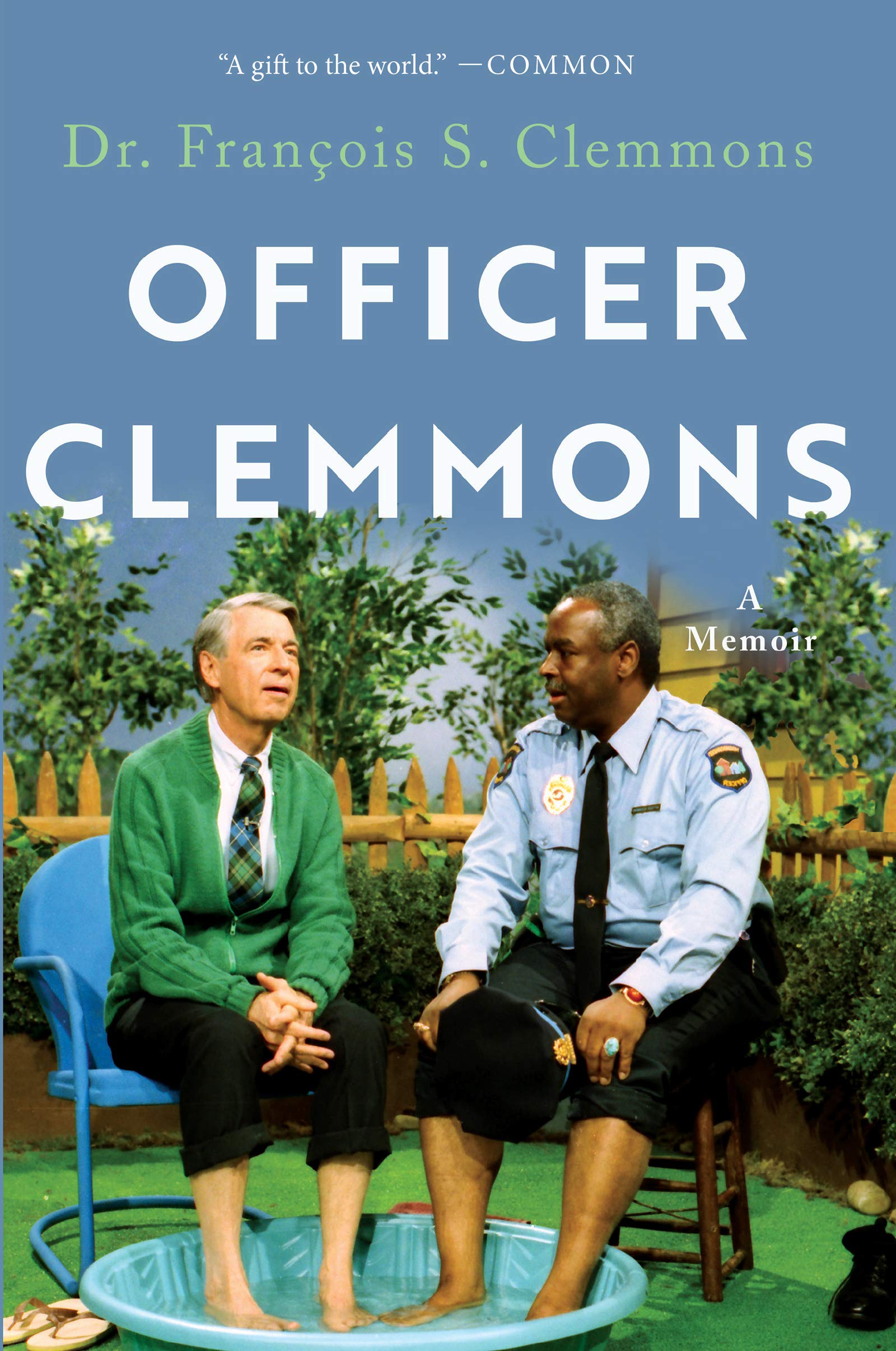