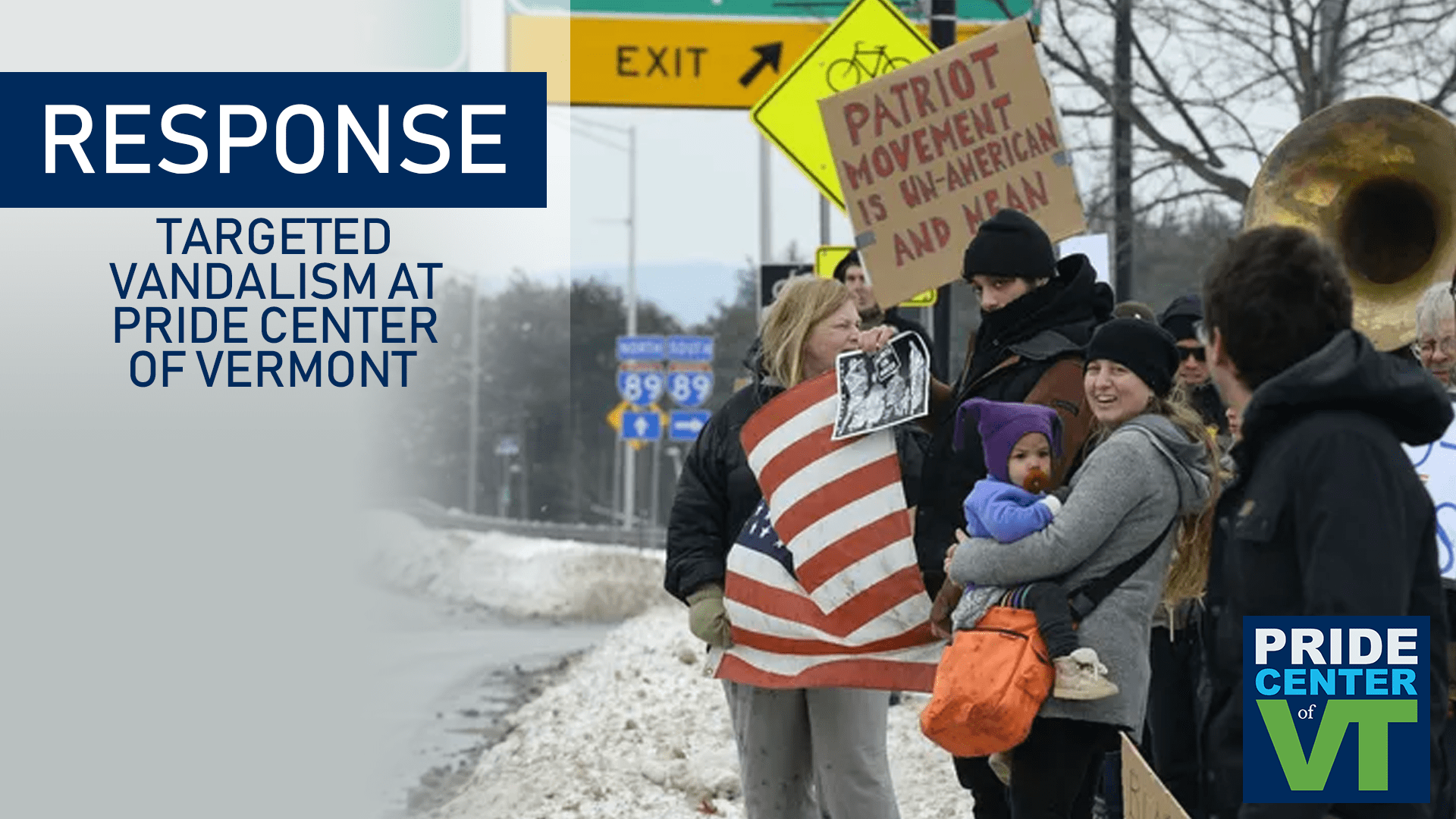 Between the evening hours of Monday, February 4, and the morning of Tuesday, February 5, a poster with the words “Better Dead Than Red” was plastered onto the main entrance door of Pride Center of Vermont. The flyer also displays a logo depicting an arrow shooting through a red hammer and sickle.

The poster advertises Patriot Front, an alt-right propaganda website and white supremacist, anti-Semitic group founded by an 18-year-old Texan, Thomas Rousseau, in the aftermath of the 2017 riots in Charlottesville. The group’s tagline is “Reclaim America.”

According to the Patriot Front website, this act was part of a coordinated effort across more than ten states including Vermont. The website states that their recent efforts are “a call to action for all those faithful to the nation and demonstrates the untapped potential of a national collective mobilized in defense of its liberty.”

The timing of the incident is especially stirring, following unrelated concerns made to the safety and well-being of Center staff and users last week which led the organization to closing Monday, February 4, to make improvements to its safety procedures and measures.

“As an anti-oppression organization, we care about the safety of our LGBTQ+ communities and take all actions that impact our safety very seriously,” said Mike Bensel, Executive Director of Pride Center of Vermont.

Burlington Police Department are aware of the incident and are instructing anyone who sees the posters or stickers to call their local law enforcement. The culprit or culprits are still unknown, and police are instructing those with a lead to report it. Pride Center of Vermont also reported the incident to Vermont Attorney General, T.J. Donovan’s recently-launched Bias Incident Reporting System.

This recent event comes nearly a year after Patriot Front organized a demonstration in front of Burlington’s City Hall. In response to that action, Mayor Miro Weinberger wrote: “White supremacist groups like Patriot Front have no place in Burlington. [Inclusivity and equality for all] are the values that make Burlington and our country great, and the values we will continue to uphold to ensure that intolerance never takes root here.”