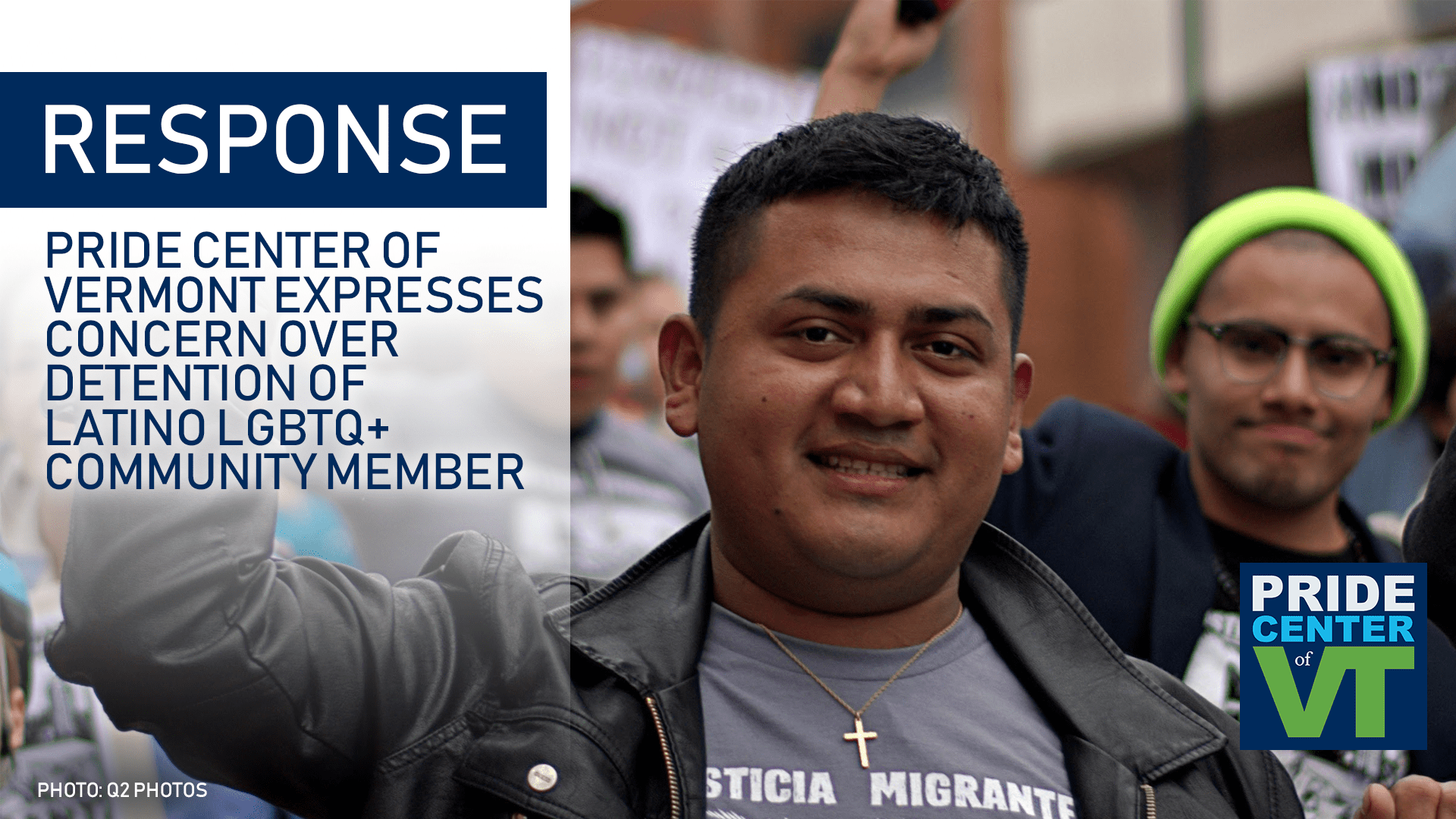 Pride Center of Vermont is concerned that the detention and potential deportation of Cruz Alberto “Beto” Sanchez-Perez will not only expose him to imminent danger, but will also highly impact the feeling of safety for LGBTQ+ immigrants across Vermont. His detention has already deprived Vermont of a valued and constructive community member.

In December of 2018, while appearing in court for a traffic stop unrelated to his immigration status, Beto was detained by Immigration and Customs Enforcement. In agreement with Migrant Justice, we at Pride Center of Vermont believe that, “Beto should be afforded due process for his traffic stop, as any other Vermonter would, instead of being locked up without bail and facing impending deportation.”

Beto is a valued member of both migrant and LGBTQ+ communities. He has the initiative and leadership abilities that make him stand out as a leader in the groups in which he participates. As such, we have found him to be the kind of person who works effectively to make Vermont a better, more equitable, and more welcoming place for all of its residents. He is an asset to our community who deserves our love and support, especially during this trying time.

With support from a grant from the U.S. Department of Justice’s Office of Violence against Women (OVW), Pride Center of Vermont works in collaboration with Migrant Justice, H.O.P.E. Works, WomenSafe, and Voices Against Violence to reach LGBTQ+ migrant farmworkers in Addison, Chittenden, and Franklin counties who have limited access to services. We work to provide greater connection to all grant partners for LGBTQ+ migrant farm workers who may be experiencing sexual, domestic and/or intimate partner violence and need support. Under this grant, Pride Center of Vermont’s Coordinator for Migrant Anti-Violence Programs supports and advocates with and for, migrant farm workers, and provides assistance and technical trainings for all grant partners.